Getting everything you need out of your home internet?

How to Celebrate St. Patrick's Day on the Internet

Whether you’re from the Emerald Isle or not, St. Patrick’s Day in America has come to symbolize the camaraderie and joy of Irish American culture.

And this year’s festivities are a little different than usual. 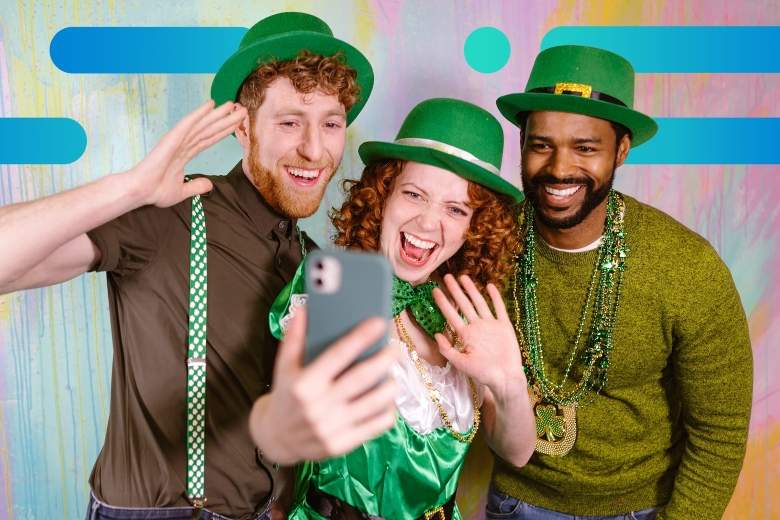 Optimum has you covered, with recommendations on how to celebrate responsibly - from the safety of your own home Internet. So before you raise a sláinte this year, consider the following:

Set the Mood with Irish Music

Irish music has been around for thousands of years, most famously as a genre known as “Irish traditional music,” or Irish folk.

Irish traditional music had a huge influence on the 1960’s American folk music revival that made stars of Joan Baez, Pete Seeger, and Bob Dylan among many others.

For a taste of that, check out any of the records released by The Clancy Brothers in the '60s. Instrumental group the Chieftains, who play Irish bagpipes called uilleann pipes. Or head over to your streaming service of choice and select a curated playlist - there are sure to be many available.

If traditional music isn't your bag, there's plenty of not-so-traditional Irish music to choose from. The Emerald Isle has produced some prolific rock and pop bands: The Cranberries, Thin Lizzy, U2, and Sinéad O'Connor among others. If you're building a playlist, you could even throw some Enya on there for a new age vibe, or even a few Westlife tracks if you're into 90's boybands. You can also broaden your palate with slightly more obscure Ireland-based music acts such as My Bloody Valentine or Stiff Little Fingers. Researching is half the fun.

Do Your Own Irish Singing and Dancing

Thanks to TikTok, sea shanties have become all the rage. Why? The real answer is probably a doctorate thesis in the making. Most people will be satisfied with "because the internet is a strange and fascinating place" as a short answer.

If you're a habitual TikTok user who's already heard endless variations of "Lowlands Away," "The Fish of the Sea," and "Drunken Sailor," why not learn some Irish pub songs and record your rendition? A central mechanism of the Irish folk tradition, a pub session is when people come together to sing, play instruments and drink beer. "Come In" and "Whiskey in the Jar" are classics.

You can also bring Ireland home with some traditional dancing. There are a ton of Irish dances to choose from - step dance, sean-nós, ceili to name a few - so look up whatever interests you on YouTube and see if you can learn a step or two.

If you’re more into watching than risking a sprained ankle in your living room, you could also throw on Riverdance - there are several feature-length productions available for streaming on the free service Tubi. The choice is yours.

If singing and dancing isn’t your cup of tea, you can also take a more couch-potato approach to celebrating Irish culture this St. Patrick’s Day.

Ireland is a rich source of material for film and TV. For example, films like Michael Collins and The Wind that Shakes the Barley are both gripping dramas centered on key events and figures. Irish is also an underappreciated wellspring of comedy: watch Waking Ned Devine or The Commitments if you’re looking for something lighter.

And then there are the actors and talent, with Irish actors such as Brendan Gleeson exhibiting a range that stretches from the light buddy cop comedy The Guard to the stark drama of Calvary.

On the small screen, Derry Girls is a minor miracle, somehow turning “Northern Ireland during the Troubles” into a viable setting for a hilarious sitcom. Father Ted, which stars Dermot Morgan as the titular exiled priest, is quite simply one of the funniest shows of all time.

In the absence of huge crowds in green plastic hats packed into bars, you may also want to use your online St. Patrick’s Day celebration as an opportunity to brush up on Irish history and heritage.

The RTE documentary The Story of Ireland - available on YouTube - is a good place to start for a quick overview. Dónall Ó Héalaí’s TED Talk The Irish Language and Beauty is also a great introduction to Ireland’s native language and its place in the island’s greater cultural history.

If you’d prefer to choose your own adventure on a particular aspect of Irish Culture to rabbit-hole into, the Irish History Podcast has covered a ton of Irish history. Scan for episodes that catch your particular fancy.

Finally, If you don’t mind grabbing an ebook, Patrick Radden Keefe’s incredible account of the Troubles, Say Nothing, is an essential guide to understanding the conflict that defined 20th century Ireland.

Of all the St. Patrick's Day traditions, eating and drinking are the least likely to be skipped. This year, you can order delivery to stay safe and socially distanced. 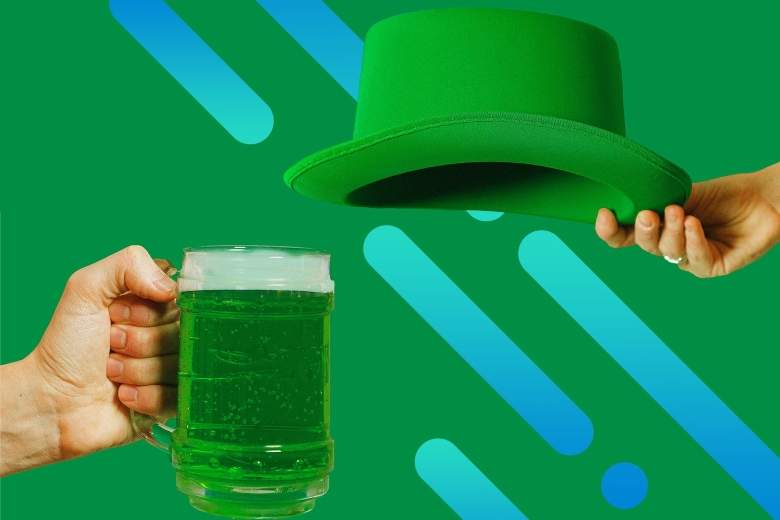 If you're of legal age and a relatively stable disposition, start with drinks. Ireland is famous for its love of whiskey and beer - and this love is often translated to a shorthand of Jamison and Guinness in America. But if you're safely saving on cab fare, you may wish to explore a more varied approach to your Irish potables. Look into lesser-known Irish whiskeys, stouts, porters, ciders, and red ales. If you can find it, poitín is a traditional spirit similar to American moonshine.

The alcohol delivery app Drizly delivers throughout New York, New Jersey, and Connecticut. And if you're looking for a non-alcoholic way to raise a toast this year, consider a cup of tea (Irish Breakfast, naturally), or red lemonade (the preferred drink of Irish children). And if you want to celebrate the fun Americanized way, with green food coloring in literally any drink of choice, you can absolutely go for it.

As for food, the classic St. Patrick's Day meal of corned beef and cabbage is actually an Irish-American dish. The traditional Irish version subs bacon for the corned beef. Split the difference and get both. If you've never explored beyond corned beef and cabbage, you could also look for a restaurant that delivers Irish stew, coddle, or colcannon. Irish food is hearty and comforting, any of those will put you into a warm, glorious food coma.

You could also use a grocery delivery service and try your hand at a few recipes.

And that's that. St Patrick's Day might be different this year, but don't let that stop you. Celebrate safely however you can, and Irish eyes will be smiling.

Getting everything you need from your home internet?