What to Stream this Pride Month

June is LGBTQIA+ Pride Month, in honor of the June 1969 Stonewall Riots where the queer community fought back against oppression in the streets of New York. Pride Month gives us the opportunity to celebrate those who paved the way and made remarkable triumphs in the fight for LGBTQIA+ liberation and show us how far we have to go to reach true equality. Film and television are effective storytelling mediums and representation on (and off) screen truly matters. Although more steps need to be taken to represent queer culture in entertainment, television shows and movies have made great strides to show audiences how our differences should unite us rather than divide us.

While these movies and shows will not give viewers a full picture of the LGBTQIA+ experience, they open up conversation and hopefully encourage audiences to continue learning more about queer culture.

The following list of must-watch movies and television shows is a great place to start this June. 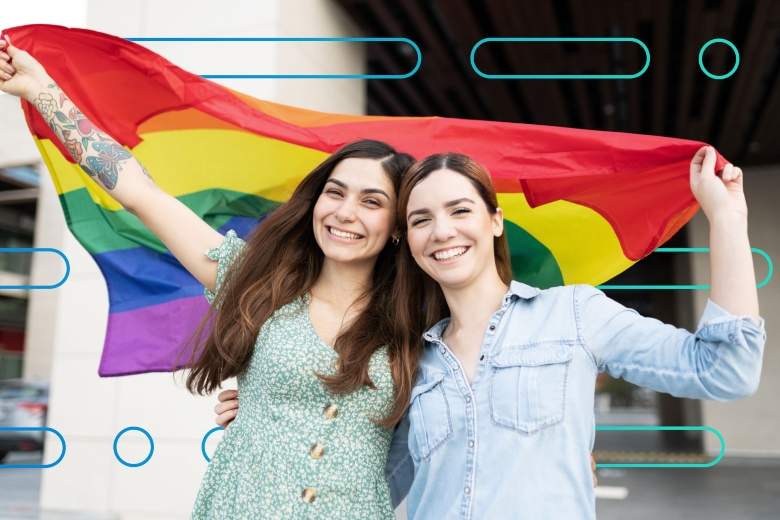 While movies based on fictional characters show a dramatized account of real events, documentaries concentrate on what's known or thought about the event itself. Sometimes the best way to tell a story is through the words of the people who were there.

Over the years, transgender representation has been problematic, to say the least. The Netflix documentary Disclosure gives an in-depth look at Hollywood’s portrayal of transgender people in film and how those stories impacted the lives of people in the transgender community and American culture. Disclosure shows examples of the good, bad, and outdated representations in movies and television shows, some of which you will be familiar with. You’ll hear from transgender actors as they share stories from their Hollywood experiences and what media changed their lives.

Visible: Out on Television (Trailer, Available on Apple TV+)

Apple TV+’s miniseries documentary, Visible: Out on Television, follows the history of the LGBTQIA+ liberation movement through the lens of television. With interviews, archival footage, coming out on TV, and an important conversation about homophobia, you’ll learn about the road to LGBTQIA+ representation on and behind the television screen.

FX’s mini-docuseries, PRIDE, chronicles six decades of fighting for LGBTQIA+ civil rights in America. The docuseries starts in the 1950s and works its way up to the 2000s. Seven queer renowned directors tell nation-defining stories that are both heartbreaking and heroic. From the 1950s Lavender Scare to the 2000s fight for marriage equality, you’ll explore these groundbreaking stories and learn how they have impacted society today.

While documentaries show us historical and factual events in real-time, movies reflect the past, present, and future. They unearth stories that are told and untold, ones audiences can relate to or learn from. LGBTQIA+ films aim to do all of the above, to create a bridge between culture and representation that audiences can soak up with every watch.

Boys in the Band (Trailer, Available on FX/Hulu)

Based on a play, Netflix’s adaptation of Boys in the Band centers around a friend group of gay men in New York City in 1968. They’re coming together to celebrate their friend’s birthday. When an unexpected dinner guest arrives at the birthday gathering, it brings up difficult conversations and old feelings.

But I’m a Cheerleader (Trailer, Available on FX/Hulu)

Natasha Lyonne plays Megan, a young girl who believes she's living the ideal life of the typical American teenager. Until one day her parents send her away because they think she's a lesbian. They send her to a camp called "True Directions" where they aim to alter teenager's sexual orientation. While there, Megan meets an unashamed lesbian named Graham. While still confused about her life and her sexuality, Megan starts to develop feelings for Graham.

Meeting your significant other’s family can be difficult. It becomes even more complicated when they haven't come out to their parents. This is happening to Abby (Kristen Stewart) in the movie Happiest Season. With plans to propose, Abby heads to her girlfriend, Harper’s parent’s house for Christmas. While on the road trip, Harper reveals to Abby that her parents don’t know she is a lesbian. Now Abby and Harper have to spend Christmas with Harper’s conservative family while keeping their relationship a secret. 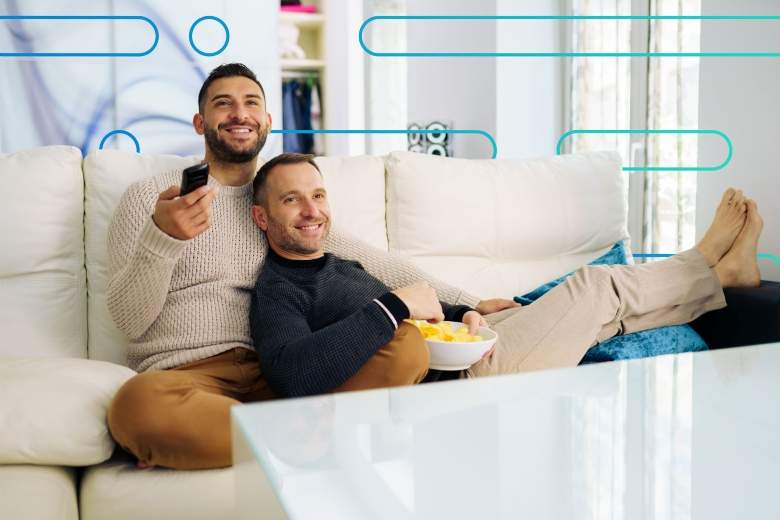 Fictional characters can mean a lot to audiences. They have created a space for audiences to see themselves on their television screens. Showtime’s Billions had the first non-binary main character on the show, Taylor Mason, played by Asia Kate Dillion. CBS’s short-lived legal drama, Doubt, featured the first transgender series regular on a broadcast TV show, Cameron Wirth, played by Laverne Cox. And Ellen DeGeneres became the first lead character to come out on television on her sitcom Ellen in 1997. TV characters are important and so is the representation they give to their audiences.

Ryan Murphy’s groundbreaking show, Pose, brings the phrase “chosen family” to life. This is the story of New York City’s ball culture in the late 80s and early 90s. Following Blanca, a transgender woman, who forms her own ‘house’ to support LGBTQ youth that have been rejected by their biological families. Blanca’s house soon becomes prominent members of the ball culture scene and transform into staples in each other's lives. The show follows their lives through the height of the AIDS crisis. Even with the tragedy around them, they find ways to show love and support to each other and the ones around them.

The L Word premiered in 2004, becoming the first ensemble cast of an American television show to depict lesbian, bisexual, and transgender people. And now a decade after the original series, the reboot The L Word: Generation Q features the original cast of friends joined by new faces as they take on West Hollywood. Follow the journey of this bold cast of characters as they take on work, life, and love.

Famous drag queen, RuPaul, has taken his drag expertise to help drag queens hone their abilities and become America's Next Drag Superstar. Each season new queens from around the country enter the workroom and face off to see who is the best drag queen of the season. Competitions include singing, dancing, acting, and sewing to highlight and test each queen's skillset. This four-time Emmy award-winning show has brought drag culture to the forefront of mainstream media.

This Pride Month celebrate by binging these amazing television shows and movies. Grab the popcorn and start streaming! Happy Pride!