This became clear to the non-TikTok public in the Fall of 2020 when “Dreams” by Fleetwood Mac appeared on the pop charts in the wake of the now-infamous “Morning vibe” video by @420doggface208 - up to 73 million views and counting.

If most of the previous paragraph sounds like a strange language, you're probably not active on TikTok. If you are on TikTok, it's ancient history.

Looking for the perfectly shareable sound for your next TikTok? Want to help re-launch an old classic or discover a new deep cut that deserves its day in the sunshine?

Optimum has a few suggestions for your next upload based on what's gone viral before. All you have to do is click, listen, explore, and keep on going down sonic rabbit holes until you hear something that perfectly matches your next "whole mood." 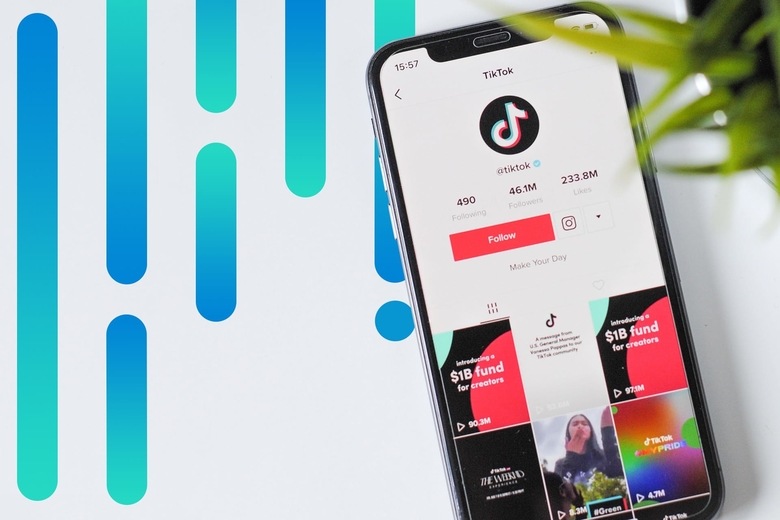 Smooth rock like Fleetwood Mac to use for TikToks

When @420doggface208 (real name Nathan Apodaca) sipped Ocean Spray cranberry juice while skateboarding to work, he chose the perfect song to encapsulate a carefree vibe that people needed to see and hear and feel at the time.

If you're looking for more options like it to be the sound of your next Tiktok, the late '70s and early '80s are a great place to look. After all, if the vibe of "Dreams" matched the vibe of now, there might be other songs from that era that do the same trick.

Plug the following into your streaming music algorithm of choice and see what else it spits out for the next time you’ve got a chill vibe worth a TikTok:

If you want smooth soft rock with platinum-plated production quality, look no further than Steely Dan - a band that decided they cared more about perfecting studio albums than touring. "Hey Nineteen" has more than a few sections that would work great as a TikTok sound. Check out the gloating chorus of "No we can't dance together, no we can't talk at all." If that doesn't spark anything, almost anything from Steely Dan's classic '70s phase will also strike a similar smoothed-out musical tone.

A genre-blending (soul, blues, jazz, pop, etc.) guitar prodigy, Shuggie Otis was weirdly not recognized with chart success in the early '70s. Here, he coolly breaks down a feeling that's as familiar now as it was then. If you've been feeling like you're going a little out of your head, here's the perfect sound for your TikTok about it. Re-read the song title out loud - it's like a secret code that nobody would have been searching Spotify for.

Not everybody loves the nightlife, but who in the last year hasn't felt a little cooped up in the house, eager for a good old-fashioned night on the town? If that's been your vibe recently, this is the perfectly easygoing tune to express your longing via TikTok.

Not only is this Hall & Oates classic a great mystery (what is "that" exactly?), it's also all the things you'd want out of a TikTok jam. Take the smoothed out instrumental intro bars, riff on the easy-to-meme "no can do" refrain, or cue up the "no no no no no no NO NO NO NO" scatting near the end. Regardless of how you use it, the smooth blend of rock and soul will keep the vibes correct.

Joni Mitchell - “In France They Kiss on Main Street”

Danceable? Check. About dancing? Also check, at least in parts. Smooth organ drizzled over funky basslines, with smooth rock guitar lines flirtatiously entering the mix, all bopping along with Joni Mitchell's signature melodies that float along with the ease of a sparrow at dusk? Sure. All of that.

90’s emo and indie music to use for TikToks

There’s a TikTok trend going around called “The Serotonin Dance” that involves dancing kind of dejectedly to Pavement’s “Harness Your Hopes” from the 1997 album Brighten the Corners until you feel better than you did when you started.

If you're looking to navigate your way through a mopey, rainy day with some tunes that help you exercise your inner Eeyore, the late 90's and early 00's heyday of emo and indie rock are a great place to look. Intente lo siguiente:

Fun, moody, random in moments, strangely uplifting, and definitely very emo, the first album by Joan of Arc ticks off a lot of the boxes you'd need to get everybody on board the latest serotonin-boosting craze. Including, most importantly, a weird "what is that noise" synth sound that goes "boo-ee-yoo-ee-yoo." These things are important.

Who knows how people feel about Beck anymore, but back in 1998 he came out with an album called Mutations that might best be described as "tropical emo." It's a little bit funky, a little bit chill, a dash of funny, and a good amount of mopey. If you can't figure out exactly where your feels are, set your next TikTok to this - people will get it.

Radiohead kind of set the standard for late 90's indie rock bands using computer sounds to sing about their oh-so-feely-feelings. But they weren't the only ones doing it really well, as this song from Grandaddy's 2000 The Sophtware Slump album proves. "The Crystal Lake" is another strangely uplifting song about an essentially sad subject, complete with "dit-dit-diddly" computer synth noises that make it very TikTok-able. 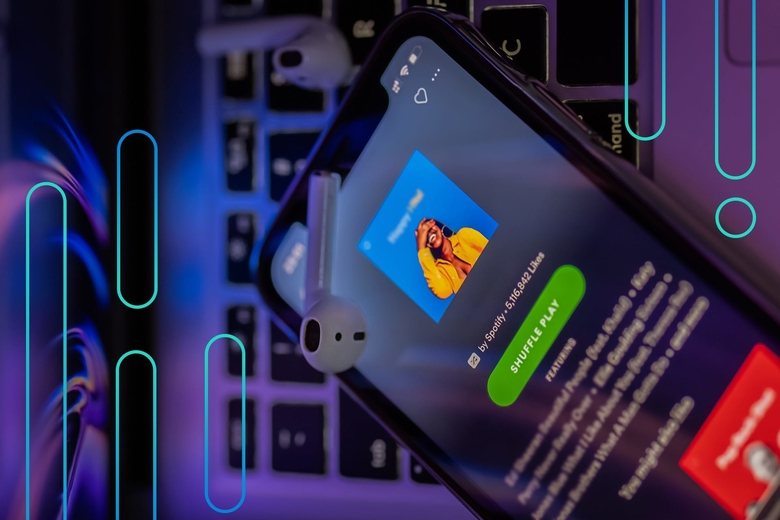 One of the best things about TikTok's intense version of virality is the next craze can come from anywhere. That's definitely been the case for Frances Forever, who was completely unknown until their "Space Girl" became an out-of-the-blue viral hit.

The song has a lot going for it as far as TikTok-worthiness - fun, peppy, danceable in parts, inspiring, and definitely identifiable.

If you’re not a “Space Girl” yourself, you know one (and vice versa).

Smooth riffs, bouncing beats, and playfully melodic lyrics about artificial political divisions? It'd be hard to come up with anything more relevant to today's environment than this 1995 deep cut.

There's love songs, and then there's luuuurvvve songs. This is more like the second option, with plenty of musical interludes to cue up within the space of a TikTok runtime. Time up the handclaps and upload your own ode to whatever's making you feel a way today.

It's easy to forget that the original @420doggface208 "Morning vibes" TikTok that put Fleetwood Mac back on the charts was shot in Idaho. It just exudes such effortless Cali vibes. If you're looking to capture that same feel in your next attempt to go viral while also matching the Frances Forever sound of the moment, go with a song that name-checks California's top two towns. That's what you get with this 2013 Foxygen gem.

Before you can find that perfect song to fuel the next viral revolution on the charts the only thing you have to do is know it exists in the first place.

So keep your ears peeled, feed new ideas into the internet-connected algorithm of your choice (the Spotify “song radio” feature, YouTube “up next,” and Discogs “recommended” modules can all help you find new areas to explore), and be ready to hit record when that next exact vibe strikes.