Upcoming Video Games to Look Forward to in 2021

Upcoming Video Games to Look Forward to in 2021

Video game releases have always been a “you’ll get it when it’s ready” affair, with “ready” in the eye of the beholder or publishing house. Sometimes a game gets sped into production while it’s still pretty glitchy (cue the Door to the Matrix “Deal With It” gif). Sometimes a project gets delayed over and over again, but comes out worth it (cough cough, Cyberpunk 2077). That’s when everything functions “as normal” in the gaming world.

If 2020 taught us anything about video games, it’s that release schedules are always subject to change until proven otherwise. 2021 could be more of the same.

With most major titles simply pegged for “2021 release” without a specific month. Even with some delays potentially stretching into 2022, the 2021 slate should be packed with heavy hitters. The power of the new consoles will be on full display: marquee titles like Halo Infinite and Horizon Forbidden West are set to come out next year. The long-awaited sequel Resident Evil Village and a new God of War title are also in the mix.

So get ready to save Gotham City, fight through a time loop, and survive Ragnarok: here are the games to look forward to in 2021. 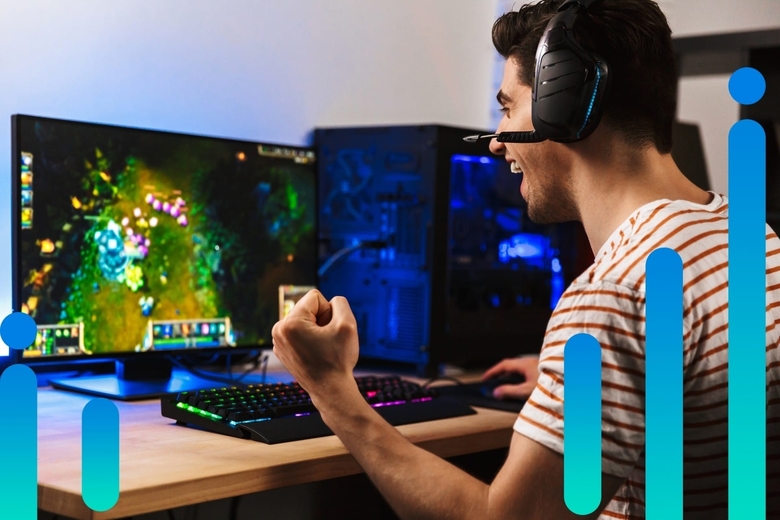 A new IP from the creators of Dishonored and Prey, Deathloop looks to put a multiplayer spin on Arkane’s legendary stealth and exploration gameplay. Players take on the role of Colt, an assassin stuck in a time loop. He has until midnight to take out 8 targets before the time loop resets. But that isn’t game over: each reset gives Colt information about the patterns of his targets. Another player controls Julianna, an agent ordered to protect the loop and stop Colt.

After taking an American post-apocalyptic detour in Far Cry 5, the series returns to its tropical roots in Far Cry 6. Explore the Caribbean island of Yara, a paradise controlled by the brutal dictatorship of Anton Castillo. Players control Dani Rojas, a guerilla fighter trying to take down Castillo and his regime. Expect the series signature open-world destruction and exploration to return, with the bonus of a star-studded cast. Castillo himself is portrayed by Breaking Bad star Giancarlo Esposito. Far Cry 6 is the biggest title slated for Amazon Luna, the e-commerce giant’s cloud gaming service. It’ll certainly put it to the test.

The long-awaited sequel to PS4 classic Horizon Zero Dawn, Forbidden West continues the story of Aloy, a hunter in an America overrun by dangerous machines. The world is massively expanded compared to the first title, sending Aloy west to the post-apocalyptic landscapes of California, Nevada, and Utah. The game’s signature open-world hunting and exploration return, with the addition of new underwater environments. Get ready to explore the wreckage of the west coast in late 2021.

Originally meant as an Xbox Series X/S launch title, the next entry in Microsoft’s FPS juggernaut finally hits shelves this year. After being absent for much of Halo 5, Master Chief returns as the main character in the game’s campaign. Early previews showed Chief on one of the franchise’s famous ring-shaped space stations, fighting a group of enemies called the Banished. Microsoft hasn’t shown any multiplayer, but it’s hard to imagine it being anything other than great. The game is on both the new Xbox Series X/S and Xbox One. Buying one copy gives you access across both systems as well as, for the first time, Windows PC.

Sony has revealed almost nothing about the next God of War. They showed a short teaser at the Playstation 5 Showcase and confirmed that the game is coming in 2021. The teaser hinted that Kratos and Atreus’s next adventure will center around Ragnarok, the apocalypse of Norse mythology. Even the name of the game is up in the air, though God of War: Ragnarok seems like a safe bet based on Sony’s disinterest in denying that current rumor. No matter what it’ll be called, as the sequel to one of the best games of the decade, even limited info is still something to get excited about.

After spending the past few years making some excellent remakes, Capcom is ready to continue the Resident Evil story with Village. Set a few years after 2017’s Resident Evil 7: Biohazard, Village is a direct sequel that looks to build on that title’s unique first-person perspective and environmental horror. Players once again play as Ethan Winters, who finds himself betrayed by his friends and stranded in a European village. Capcom has said they consider the village itself to be as important a character as any other in the game. Given how much they were able to do with a simple house in Biohazard, that’s a terrifying prospect.

Available on Windows, Xbox Series X/S, Xbox One, Playstation 4 and 5

Gotham Knights shares the DNA of the Batman Arkham series but completely changes the setup. Namely, Batman is dead. It’s up to his allies to keep Gotham City safe. Play as Robin, Nightwing, Batgirl, or Red Hood, each with unique abilities and playstyle. The game’s marquee feature is seamless, drop-in coop, allowing two players to battle rogues gallery villains like the Court of Owls and Mr. Freeze across Gotham.

With a lot of release dates up in the air in 2021, even the ever-reliable sports games have been hit. That's only understandable, as scheduling for the various sports leagues is also pretty up in the air. Developers have confirmed their intent to release updates to the popular franchises, and even teased a few feature upgrades (a revamped franchise mode in Madden, the first next-gen native MLB The Show entry, etc.) - but hard dates have remained elusive.