Sorting through all the extra bells and whistles can quickly become overwhelming. It can be difficult to figure out which accessories are the most useful.

No se preocupe. Optimum tiene la respuesta. Get all the info you need on chargers, cases, and PopSockets with Optimum's Ultimate Guide to Mobile Phone Accessories. 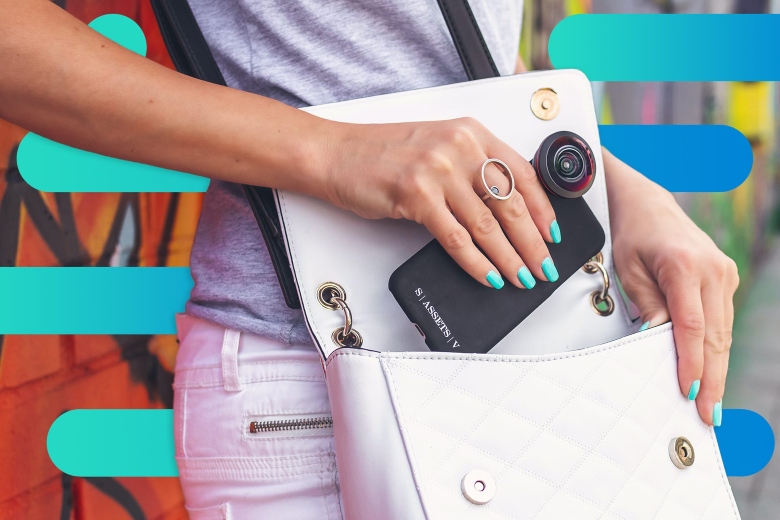 What kind of phone cable do I need?

Before we get into the wide world of mobile accessories, let's discuss charging cables. Different phones only work with certain cables, and you'll want to make sure you're looking for the right kind. Here are the cables you need to know:

If you've owned an iPhone or Android phone over the past decade, you've probably had a phone cable with a USB A adapter at one end. The flat, wide connectors are most often used to plug into a charger, power bank, or computer.

USB C is the newest USB standard. Compared to USB A, it's smaller and charges faster. It's also impossible to plug it in upside down. Like A, it's used to plug into chargers, power banks, and computers. Modern MacBooks only have USB C ports, and the newest Samsung phones use USB C exclusively. USB C connectors look like a thin rectangle with rounded edges.

Lightning, also known as iOS 8-pin, is the standard connector on iPhones and iPads. It's a thin connector with 4 gold strips on each side. If you want to plug something into your iPhone, you'll need a Lightning connector on one end. This goes for headphones too; Apple removed the audio jack starting with the iPhone 7.

iOS 30-pin is the original iPhone connector. Apple switched over to Lightning in 2012, and 30-pin is pretty uncommon nowadays. But if you've got an iPod Touch or an older iPad, it's worth having one of these wide, white plastic behemoths around.

Like Apple 30-pin, Mini USB is an older connector. Mini USB is about as thick as USB A, but it's more narrow and shaped almost like a trapezoid. It's mostly found on older Android phones and accessories. Micro USB was introduced as a replacement for Mini in 2007, so any device older than that is likely to have it.

Micro USB is an incredibly common connector. Significantly thinner than Mini USB, Micro connectors look like trapezoids, with two spring loaded pieces on top to keep it locked in place. They're used on everything from Samsung phones to digital cameras, to Bluetooth speakers and game controllers. For at least one device in your house, you probably have a charge cable with a Micro USB on one end and USB A on the other. USB C is meant to replace both, but that's still a long way off.

The charger is the only mobile accessory that's a definite necessity. Your smartphone won't work without one. Which one is "best" really depends on what you need and where you plan on using the charger. Most chargers will support any phone so long as you've got the right cable, but make sure to check before ordering.

For more information on specific charger types, check out the following:

Sometimes interchangeably called a “brick” - the cube-like thing that plugs into an outlet - USB chargers are the most common charger type, and they’re typically included with any new smartphone purchase.

They’re also the most prevalent type of over-the-counter replacement charger, which you’ll find in drug stores and airport vending machines all over the place.

There are three things to consider when looking at a new USB charger:

Extra USB ports are always nice, especially if you regularly use something like a smartwatch or a power bank that needs to charge overnight. USB charger bricks can have plenty of ports, depending on their size. Two is a nice middle ground, as you'll have an extra port in a compact package.

Chargers use either USB A or USB C ports. C is faster, so if you've got a USB C cable that works with your phone, go for that. If you don't, grab one with USB A or one that has both ports.

The most convenient USB charger upgrade is a brick that offers fast-charging capability. Newer chargers, especially those that connect via a USB C port can charge most smartphones to 50% in a half hour.

Wireless chargers are still fairly new, and they're a very interesting option. They'll charge up a phone without having to plug it in. Wireless chargers come as flat pads or stands. The stand-style is most convenient, it allows you to use your phone while it's charging. Horizontal pads are a bit less versatile, though it's nice to just throw your phone down on a pad before going to bed.

Wireless chargers are slower than USB chargers, so they're a convenience-first option. They also won't work at all if your phone is too old. The first iPhone to support wireless charging came out in 2017, so do your research before buying if your phone is older than that. 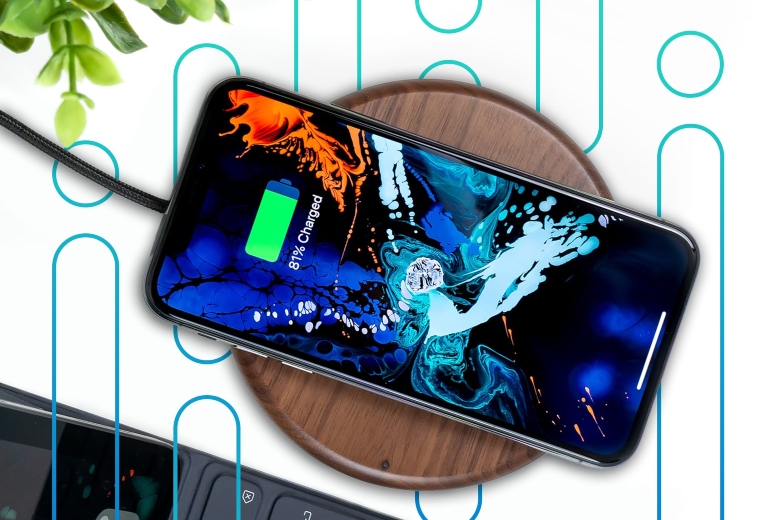 Nowadays, most cars come with multiple USB ports, so the traditional car charger is a little niche. Still, dedicated car chargers will be faster than a car's USB ports. Some models also offer multiple ports and USB C. There are definite advantages, and if you spend a lot of time in the car, they're handy.

A high-quality power bank (or portable/mobile battery) is one of the best investments you can make. They're useful, versatile, and can last through multiple phone generations. They can even charge laptops and other devices.

The biggest differentiator between power banks is size. Power bank capacity is measured in milliamp-hours (mAh). Basically, the bigger the number, the more juice the battery can hold. Some batteries are small enough to slip into your pocket, but they'll only have enough juice for a full charge or two. Conversely, there are power banks with enough juice to charge multiple phones and a laptop at the same time. These power banks are still portable, but you'll need a bag or backpack to carry them around.

Unless you plan on charging a laptop, the power bank sweet spot is between 8,000 and 10,000mAh. An 8,000mAh bank can charge a phone more than once while still being small enough to slip into a pocket. Look for a model with USB C ports for the fastest charging times.

Phone cases are the only thing standing between you and a cracked screen or a trip to your local electronics store. Which case is best depends on what you're looking for. They can do a ton of things for your phone. They can protect it, personalize it, charge it, even act as a wallet for cards and cash.

Do your research and figure out what's most important to you. Most importantly, there's no such thing as a "universal phone case." Make sure your case of choice specifies "iPhone 12 SE case" or "Samsung Galaxy 20 case" in the feature listing.

For basic protection, look for a simple, quality snap-on case. Brands like Smartish and Speck offer slim, durable cases that are very affordable. They're not the flashiest, but they'll save your phone from common dings and dents.

For serious protection, you'll need to invest in a thicker case. Again, Speck and Smartish offer good options here, and their tough cases are on the slimmer side. If you want the strongest protection possible, look at brands like Lifeproof and Otterbox. Some of these cases will make your phone downright unwieldy, but they offer unmatched waterproofing and shock absorption.

Wallet cases, cases with compartments for your cash and cards, come in two categories. The first is basic cases with wallet compartments. Typically they've got a slot on the back that can hold a card or two, good for keeping your ID and a credit card handy.

Folio cases are meant to entirely replace your wallet. They're typically made of cloth or leather (over a plastic enclosure), with a cover that folds over your phone screen. The inside of the cover has space for cards, cash, and coins. Think of it as a slim wallet attached to the front of your phone.

Battery cases offer extra battery life on top of protection. Essentially, they're a power bank that's built into a case. They work like a power bank, too, charging your phone when it gets low. The cases tend to be thicker and heavier, and your phone will take longer to recharge because you'll be charging your phone and the case at once. Still, they're a great option for those who spend a lot of time away from an outlet or to squeeze some extra life out of an older phone.

What's the best kind of stand or car mount?

Stands and mounts allow you to use your phone without holding it. They fill different niches, and there are a few worth looking into.

Car mounts attach to the dashboard, windshield, or air conditioning vent, offering a safe way to make calls or get turn-by-turn directions while driving. Whether it's worth getting one depends on what car you're driving. Modern cars typically have built-in navigation systems and operating systems like Apple CarPlay and Android Auto. It's hard to justify a car mount in this case, though you may simply prefer your phone over whatever your car has built-in. If you're in an older car, a mount goes from "maybe" to "absolute necessity." Consider getting one, it's much safer than trying to use your phone while driving.

Stands are a more general accessory. Horizontal stands are great for watching videos, there are even a few power banks with built-in horizontal stands. If you use your phone for video calling or remote work, a vertical stand is a lifesaver. Hour-long meetings are much easier to get through when you're not holding your phone the whole time.

There's also the omnipresent PopSocket. A PopSocket is a small plastic disc that sticks to your phone. It can be popped out--hence, you know, PopSocket--making it easier to grip the phone. They can also be used as a kickstand. If you take a lot of selfies, a PopSocket is a worthy (and affordable!) investment.

If you love smartphone photography, look into a lens. smartphone cameras have gotten very good over the years, but even a simple clip-on lens can elevate your photos and videos.

Which lenses to look for depends on how serious you take smartphone photography. If you're just looking to improve your photos and videos, grab a clip-on lens pack. They typically come with multiple lenses, with fisheye and wide-angle being the most common. A clip-on lens is a simple, affordable way to change up your photo game.

You can also go for more hardcore smartphone photography. Brands like Moment make a range of premium lenses. Pair them with a special case and your phone effectively becomes a DSLR camera, allowing you to switch lenses with ease. It's an investment: premium lenses are over $100 each. But if you're chasing professional-level photography, it's worth it.