Best TV Shows to Watch with Your Best Friend

Best TV Shows to Watch with Your Best Friend

Sometimes you meet someone and they just end up being, as Grey’s Anatomy likes to put it, “your person.” Your best friend knows all of your secrets, celebrates your triumphs, is there to give you a hug when you need it. They might even share your taste in TV programs and enjoy binge-watching them, just like you!

Television shows have some of the most iconic friendships. This Best Friend’s Day, June 8th, while you’re taking a “Which Friends character are you?” quiz, order a pizza and create the comfiest setting for a TV binge-fest. Optimum has a list of the best TV shows to watch with your best friends. 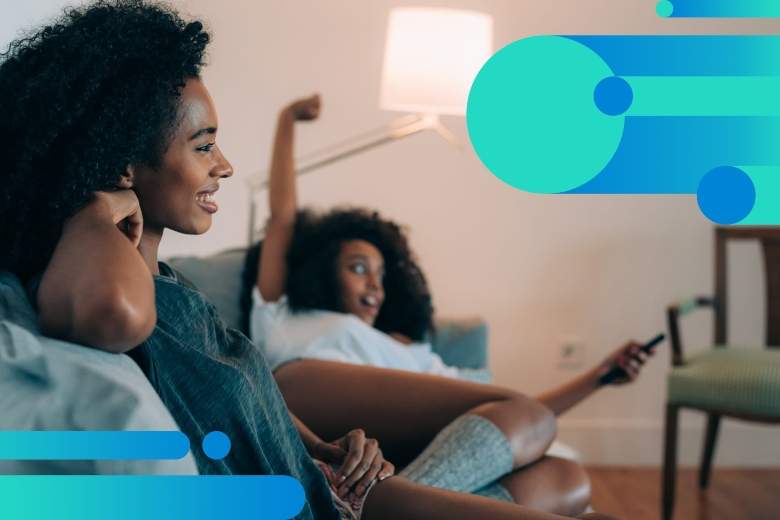 Taking on the world of fashion, politics, and media doesn't seem so bad when you have your amazing besties by your side!

That’s how the trio of best friends feel in Freeform’s The Bold Type. Sutton, Jane, and Kat all work at a Cosmo-esque magazine called “Scarlet” in New York City. Each is sorting through the trials and tribulations of dating, friendship, and taking over the magazine industry. But, they couldn’t do it without each other.

A straight, neurotic interior designer and a gay, meticulous corporate lawyer walk into a bar...just kidding they actually live together!

After Grace leaves her fiancѐ at the altar, she moves in with her best friend Will in a New York City apartment. The Emmy-winning comedy follows the lives of Will, Grace, and their friends, rich socialite Karen and gleeful actor Jack. This entertaining friend group faces the highs and lows of living in Manhattan, with hilarious conversations about love and dating and cutting cultural commentary.

They're broke and always end up in sticky situations. But that's friendship, right? Ilana Glazer and Abbi Jacobson play 20-something best friends of the same names who are taking on the exciting and mundane lives of living in New York City in a hysterical and often wild way.

After Zooey Deschanel's character, Jess, finds out her boyfriend is cheating on her, she's in search of a new living situation. She stumbles upon 3 single guys living in a loft; Nick, Schmidt, and Winston.

Jess's upbeat, quirky nature brings a new dynamic to the loft and each adjusts to the hilarious and sometimes troublesome living situation. Through the crazy antics, the four loft-mates and Jess's friend Cece become a family.

Ryan Murphy’s groundbreaking FX show, Pose, brings the phrase “chosen family” to life. This is the story of New York City’s ball culture in the late 80s and early 90s. Following Blanca, a transgender woman, who forms her own ‘house’ to support LGBTQ youth that have been rejected by their biological families.

Blanca's house soon becomes prominent members of the ball culture scene and becomes staples in each other's lives. The show follows their lives through the height of the AIDS crisis. Even with the tragedy around them, they find ways to show love and support to each other and the ones around them.

Do you remember how you became friends with your best friend? Some people can't remember the circumstances that brought them and their BFF together. But Grace and Frankie sure do!

Adulting is a lot harder than it looks! That's what Issa Dee is finding out at least.

Insecure creator and writer, Issa Rae, stars as Issa Dee who is doing the best she can to maneuver life as a young professional and her personal life in the always-interesting city of Los Angeles with her best friend Molly. Between proving themselves at work and finding suitable men to date, Issa and Molly find themselves in funny and often awkward situations.

When you think of television shows about friends it’s hard not to think about the show...Friends! Between the super catchy theme song and the iconic “Central Perk” cafe, it’s hard to forget a show like this.

Three young men (Joey, Chandler and Ross) and three young women (Phoebe, Monica and Rachel) live in the same apartment complex in New York City. Over 10 seasons of antics, the group of 6 creates a bond that will last forever, as they see each other through marriages, breakups, work, and so much more.

The Falcon and The Winter Soldier (2021)

Sam Wilson and Bucky Barnes were best friends with Steve Rogers (aka Captain America) before he passed away. But, they were friends with him at two very different times.

In a post-Thanos universe, millions of people are displaced after everyone reappears from “the snap” in Avengers Endgame. Now a radical group works to balance out what everyone is owed. With Steve gone, Sam and Bucky have found themselves begrudgingly working together when this new threat starts to surface.

Living next door to your principal gives you great advice...and no opportunity to get away with anything. But you'd be lucky to have a principal like Mr. Feeny!

This classic Disney show follows Cory Matthews over 7 seasons, from sixth grade through his college years. Watch Cory as he juggles school, friendships, and young love. With the help of his best friend Shawn, true love Topanga, principal Mr. Feeny, and his hilarious family, Cory might be able to make it through relatively unscathed!

Ever wish you could go back in time and relive your high school days? Disney+ can make it happen!

Encore! is a Disney+ created reality show hosted by The Good Place’s Kristen Bell. After years apart, a cast of a high school production of different Broadway shows reunites to perform each show again with the help of Broadway directors, choreographers, and vocal coaches.

Don’t you want to go where everybody knows your name?

Sam Malone (played by a young Ted Danson), a former relief pitcher of the Boston Red Sox, owns and runs an intimate bar in Boston. Cheers follows Sam and the funny gaggle of characters that are regulars at the bar. Filled with wacky friendships and on-again/off-again relationships, this group always keeps you entertained.

Even though they differ in policing techniques, Raymond and Jake become friends as well as the whole precinct. With crazy cases and funny off-the-clock adventures, this group of detectives becomes best friends and even family.

Some people inherit old golf clubs or maybe some money from their parents. But not Shawn Spencer! Shawn's father, a former police officer, gave his son the uncanny power of observation. Shawn can remember the smallest details of his surroundings.

When Shawn is falsely accused of a crime he didn't commit, he solves it himself. Unable to explain his observation skills, he tells the police he's psychic. Now with the help from his reluctant best friend Gus, they help a skeptical police force solve crimes.

You and your BFF may not be fighting super-soldiers in a post-Thanos world like Bucky and Sam or protecting the streets as a detective from Brooklyn’s 99th precinct, but every adventure with your best friend feels just as extraordinary.

Enjoy some quality time with your best friend and happy binge-watching!