The Optimum Guide to Streaming Sports

Thanks to the proliferation of live streaming services, fans have more ways to access their favorite sports, teams, and events than ever before.

But with so many new ways of watching, the sheer number of new offers can get overwhelming for even the most dedicated fans - and their wallets.

Figuring out where to watch any given game is only half the battle. After that, there are a number of questions to answer.

does "out-of-market" mean? What do you need to pay for and what may be included with your cable package? What services require a yearly subscription, and which let you adjust on a monthly basis?

To make it all more manageable, Optimum has you covered. Read on.

Where can I stream the NCAA Tournaments?

68 teams, 67 games, three weeks. College hoops fans look forward to the tournament every year as the marquee sports event of the spring.

The tournaments are also one of the easiest sports to stream. Every game from both the men's and women's tournament is streamed on the NCAA's March Madness Live service. There's an app for pretty much every streaming device out there, and the service is available on your browser as well. It's free, and there are no blackouts, a rarity in sports streaming.

March Madness Live is streamed in partnership with CBS, so you'll need a TV provider to log in as well as a cable package that includes CBS, TNT. TBS and TruTV.

Optimum has a plethora of options that include those channels.

Where can I stream NBA Basketball?

For fans of the pro game, the NBA has its own streaming platform called NBA League Pass.

The basic version of League Pass is $89.99 per season and gives access to all out-of-market-games for one team. That price goes up to $179.99 a season for the all-teams package. There's also a monthly billing option, with fees ranging from $17.99 to $39.99 a month.

“Out-of-market” is the key phrase here.

In practice, it means you can't stream games featuring a team broadcast on your regional sports network (RSN). So if you're in or around Houston and want to watch Rockets games on your phone, League Pass won't help. This local blackout also extends to nationally broadcast games, so the prime-time matchups broadcast on TNT and ESPN will also be unavailable.

Still, League Pass is invaluable for both fans of non-local teams and general NBA omnivores. If you're a Blazers fan living in Los Angeles, and/or want to click over to a random Wizards game to see if Bradley Beal will score 50 points, it's worth it.

As for local team streaming options, there are some services that stream RSNs for in-market games, such as FuboTV or Sling. It’s worth it to research individual channel availability in your local market - and look into the price of bundling your internet service with a cable package before you subscribe to a streaming service. You might find a more favorable price point. 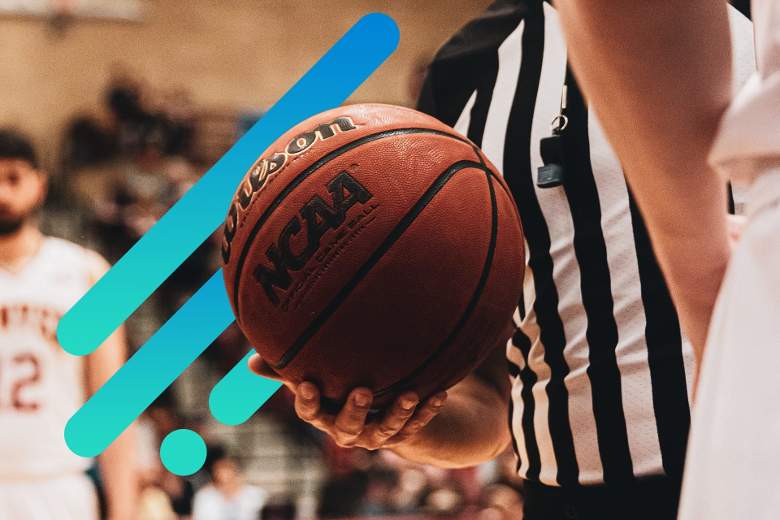 Where can I stream Major League Baseball?

If you're a baseball fan, MLB.tv is what you're looking for. Much like NBA League Pass, there are single-team options at ($94 a season) and all-team packages ($122 a season). You can also choose a monthly subscription for more flexibility.

Again, like NBA League Pass, MLB.tv only allows you to stream out-of-market games. MLB’s site can show what's blacked out in your area, as it can get a little confusing. For example, much of North Carolina is considered in-market for the Baltimore Orioles and Washington Nationals, but some sections are staked out as Atlanta Braves territory.

But if you're a hardball fanatic, switching from game to game on MLB.tv is a great way to check in on your fantasy baseball roster, root for Fernando Tatis Jr. to hit for the cycle, or witness the latest no-hitter alert. If the season-long price seems steep for only out-of-market games, look into MLB complete season cable bundle packages through your internet provider. You might find an option that includes local team games for a similar price point.

Also, if you’re looking to stream only a few marquee matchups, ESPN streams their national Sunday Night Baseball games on the WatchESPN app.

Where can I stream Boxing and MMA?

Boxing has traditionally been a pay-per-view sport.

That's still true for the majority of major boxing cards, but a new streaming service has just stepped into the ring. DAZN (short for "Da Zone") offers a ton of sports content (everything from Italian soccer to pro darts), but boxing is the new platform's crown jewel.

They've signed exclusive broadcast deals with stars like Canelo Alvarez and Gennady Golovkin, as well as with various promoters such as Golden Boy and Matchroom. DAZN subscriptions cost $19.99 a month or $99 a year.

All events from MMA juggernaut UFC are exclusive to ESPN and its streaming service, ESPN+. ESPN+ is $5.99 a month or $59.99 a year, but this only includes non-major shows. The major PPVs on this platform tend to cost around $65, but you still need to have an ESPN+ account to buy them. This is the case no matter what, even if ordering through your cable provider.

Where can I stream NHL Hockey?

NHL's official streaming service is known as NHL.tv, and it's very similar to its baseball counterpart. Subscriptions are available in single-team ($84.99), all access ($99.99), and monthly ($24.99) packages.

The all-access package allows streaming of all out-of-market games, so be sure your favorite team won’t be locked behind a blackout before subscribing.

Thankfully, streaming in-market NHL games is a breeze. Depending on your RSN, you can stream games on the NBCSports MyTeams or Fox Sports Go app with a TV provider login. NBC also streams Wednesday Night Hockey on the NBC Sports app.

Where can I stream MLS and Premier League soccer?

Major League Soccer is an ESPN+ exclusive. All out-of-market games are streamed live on the platform. And there's a ton of soccer on ESPN+. They've got several international leagues (the Bundesliga, Serie A, and the Eredivisie, to name a few), all included in the base price.

The Premier League is exclusive to NBC in the United States. All games that aren't broadcast on NBC Sports Network are available to stream live on Peacock. This works out to a ton of soccer: NBC only broadcasts one game nationally at a time, so there are four or five games on Peacock during a typical match day. Peacock hosts full replays for all games, so there are options if you're not down to wake up at 7 am on a Saturday morning for English soccer. The Premier League is only available on Peacock Premium, which is $4.99 a month.

Where can I stream NFL Football?

Of all the major sports, the NFL's streaming situation is the most complicated. The rights are spread out across a few different streaming services, and there's no one size fits all solution for every out-of-market game.

Thursday Night Football games are the easiest to stream. Each game is broadcast live on Amazon Prime Video, with an $8.99 monthly subscription. In-market games can be streamed on your local network's app (CBS, Fox Sports Go, and NBC Sports), though you'll need to log in with your TV provider.

In-market games on CBS are also available on the free version of CBS All Access. If you opt for the $6.99 a month version of All Access, you'll get the network's entire slate of games, up to and including the Super Bowl.

Sunday Night Football is exclusive to the NBC Sports website and app, and you’ll need to authenticate with a TV provider login.

Finally, all Monday Night Football games are streamed on ESPN’s WatchESPN app. This is a separate service from ESPN+ and is free, but an eligible pay-TV package is required.

Where can I stream NCAA Football?

With 130 NCAA football teams in Division 1 alone, figuring out the specifics of streaming in-market and out-of-market games can get complicated in a hurry. But there are some broad guidelines worth mentioning.

Broadcast rights for Power Five NCAA football conference (ACC, Big Ten, Big 12, Pac-12, and SEC) games tend to roll up to the athletic conference's broadcast network, with streaming options available on multiple services and cable packages. There may also be exclusions related to national broadcast partners such as ESPN, ABC, and NBC. Look into local streaming options for your conference of choice.

If you’re a fan of a mid-major, small-conference or lower-division college football team, you’ll want to conduct research into that specific team’s streaming availability in your area.