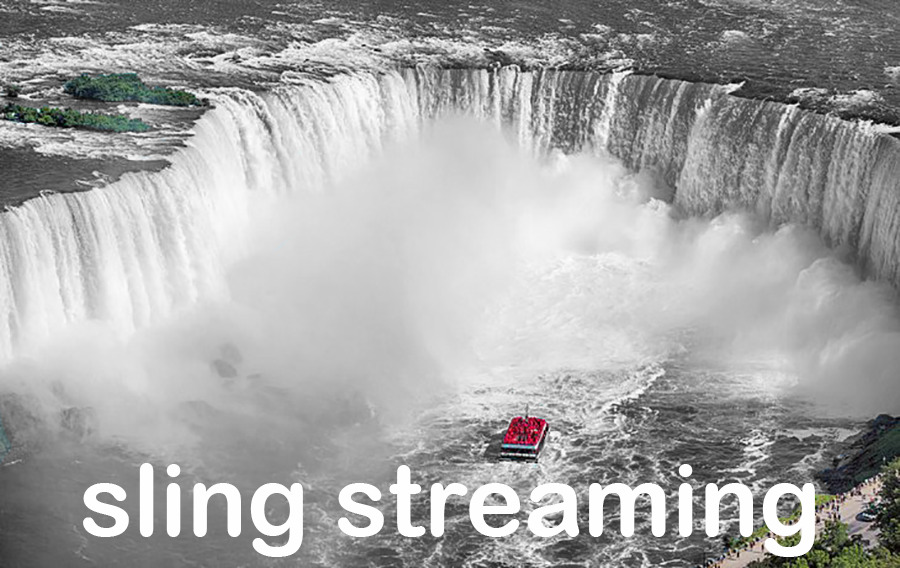 During the peak of its DVD-by-mail service in 2007, Netflix launched its streaming service with only a fraction of its DVD titles available for streaming. It changed the landscape of media delivery, and other industry giants began playing catchup. Five years later, Dish Network threw its hat into the ring with DishWorld, an over-the-top service that made over 50 international TV channels available to subscribers. For a couple of years, Dish added some major cable channels to the service, like those owned by Disney and A&E. After the catalogue grew and live TV was added, Dish rebranded the service as Sling TV and released it in 2015, making it the first app-based live TV service.

For a while, Dish positioned Sling TV not as a full replacement for traditional television, but as a complementary service to bolster subscribers' media library. In 2017, however, Sling TV's offerings grew to the point where Dish began marketing the service as a full TV-replacement for cord cutters. Does it stack up, though?

What Does Sling Have to Offer, and How Much Does It Cost?

Sling TV has two main packages available, Sling Orange and Sling Blue. Individually, each service costs $35 per month, but they can be bundled together for $50 per month. The major difference between the two packages is what channels are offered. Sling Blue has over 45 channels on offer and is more focused on news and entertainment, with channels like E!, MSNBC, Fox News, SyFy, and TLC available. Sling Orange has over 30 channels available, focusing more on sports and family programming, with channels like ESPN, ESPN2, ESPN3, Freeform, and the Disney Channel available. Sling Blue allows simultaneous streaming on up to three devices compared to Sling Orange’s one device, and both packages offer 50 free hours of DVR. Neither service has any contract, either.

That's not all Sling has to offer, though, as there are a bunch of piecemeal services you can add to your package for varying prices. For instance, you can add an extra 200 hours of DVR for $5 per month, as well as a wide variety of themed channel bundles - which include channels like MTV, NBA TV, CNBC, Nickelodeon, and TV Land - for prices ranging from $6 per month to $11 per month. You can also add single premium channels, like Showtime for $10 per month, Starz for $9 per month, and Epix for $5 per month.

Does Sling Offer any Discounts or Specials?

Sling is currently running an intro offer that gives you over 30 channels, over 80,000 movies and on-demand content, and 200 hours of DVR storage for $10 for your first month. After that first month, you can decide if you want to cancel, keep your subscription and pay the standard non-offer monthly cost, or customize your package with some add-ons.

Sling is also running an offer that gets you a free AirTV Mini (normally $79.99), which is a streaming device built around and tailored to Sling’s service, when you prepay for two months of Sling.

How Can You Watch Sling?

Due to streaming services’ heavy reliance on a stable internet connection, Sling recommends having the following internet speeds:

What Can You Watch on Sling?

Here are five of the most popular shows that can be watched on the Live streaming service:

Black Sails: Set in the early 18th century, roughly two decades before the events of Treasure Island, Captain Flint recruits a young John Silver as pirates fight to keep their way of life.

The Good Place: Another hit comedy from Michael Schur with a now-famous twist in the first season, The Good Place follows four people and their journey into the afterlife as they navigate demons, robots, the inability the curse, the perils of Florida, and a lot of frozen yogurt.

Psych: A novice sleuth uses his photographic memory to trick the police into thinking he has psychic powers and gets hired. He and and his hesitant best friend become a crime-solving duo.

Lexx: A group of people aboard the organic spaceship Lexx adventure through parallel universes.

Is Sling Worth Getting?

Sling's customization - the Orange and Blue packages, as well as the piecemeal additions - helps make the service more attractive than other services that might give you more than what you're looking to pay for. Sling can still become an expensive monthly cost if you combine the Orange and Blue packages and start including the add-ons, but the $10 introductory offer is a great way to try the service out before you make any decisions about spending more money. Plus, there are no contracts, so even if you do opt for a more expensive package and find it's not what you're looking for, it shouldn't be too much of a hassle to cancel.

We should mention, though, that many cable providers offer bundle deals when shopping for Internet and/or a home telephone service, so it might make more sense to add cable to your existing plan or if you're looking for a new internet and/or home phone plan. Still, we say do the math and figure out what makes the most sense for you and your family based on both pricing and program preferences.