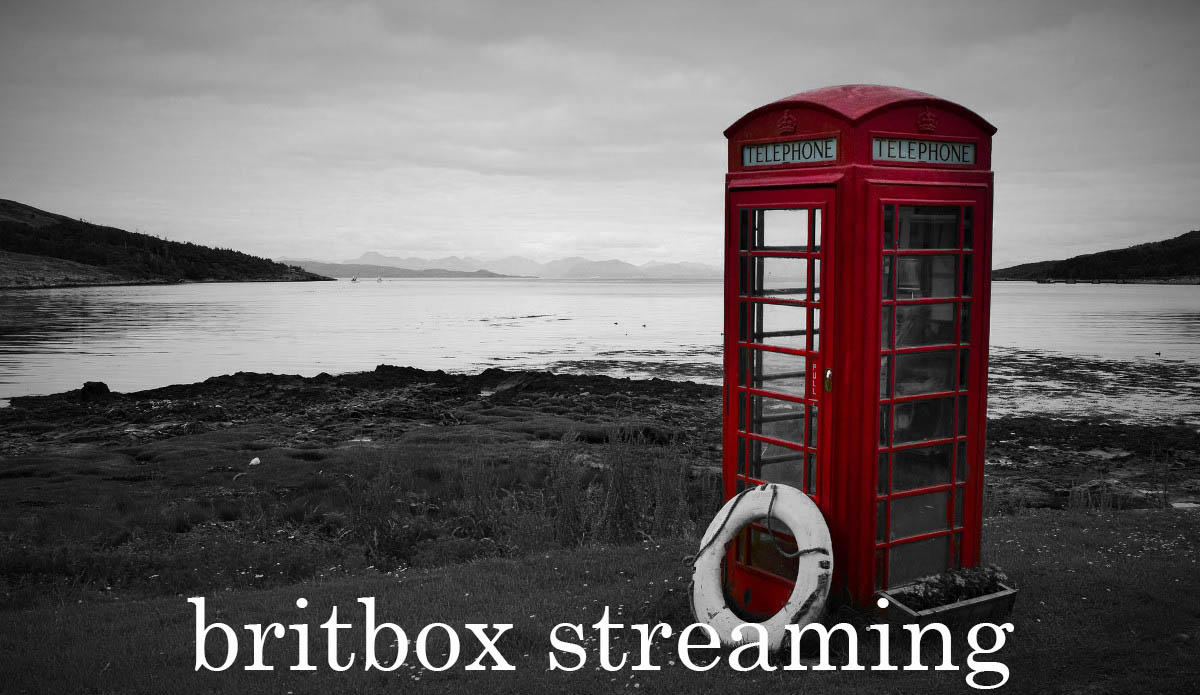 Which Streaming Service Should You Get?

As you probably already know, there are a ton of streaming services out there offering an impressive library of movies, television shows, news stations, and sports. For this reason, figuring out which one to go with can be a bit overwhelming. To assist you with this task, we'll be diving into everything that BritBox offers to help you decide if this might be a streaming service well-suited for you and your family!

So, What Exactly is BritBox?

BritBox is an online digital video subscription service, BBC and ITV plc have joined forces, as this service operates as a joint venture. It is available in the United States, Canada, United Kingdom, Australia, and South Africa.

It features mysteries, history, comedy, cookery, and all the best of British telly, directly to your home from the United Kingdom. It features a ton of classics, exclusive new series, live events, premiers, current events, soaps, and more - all streaming the same day as in the UK!

How Much is BritBox?

Buying a subscription allows you to get unlimited access to all the BritboxBritBox shows. You can opt for either a monthly subscription or an annual one. With the annual subscription, you get more bang for your buck since the annual cost is equal to 10 months, the catch being you must pay for the year upfront.

Below are the subscription costs in local currency:

United States: $6.99 a month, $69.99 per year.
Additional taxes might be required depending on location.

Canada: $8.99 a month, $89.99 a year.
GST is not included in the subscription price.
Additional taxes may be required depending on your location.

Does BritBox Offer Any Deals or Promotions?

BritBox currently offers a free 7-day trial, so you can try it before buying it!

What Can I Watch on BritBox?

BritBox has a variety of British shows that you can watch on their service, some of the most popular ones include:

Eastenders: This soap opera features residents of Albert Square in London's East End dealing with life, love, and loss. The show focuses on family, a sense of belonging to the community, and covers several hard-hitting topics.

Doctor Who: This British science fiction program depicts an extraterrestrial Time Lord’s adventures traveling through time and space to solve problems and battle injustices throughout the universe.

Coronation Street: This is the world’s longest-running television soap, focusing on the working-class people of Manchester and their day-to-day lives.

Country File: Scientists map and quantify changes which pertain to environmental and agricultural issues in the United Kingdom.

Elmerdale: The long-running soap opera features a group of families in the Yorkshire Dales who must rely on their farm and village for their livelihoods. They also face quite a bit of drama and danger within the region.

How Can I Watch BritBox?

BritBox is accessible on TV, computer, tablet, and mobile.

Is BritBox Worth Getting?

BritBox is worth considering if you're a big fan of British television, especially British soap-operas and comedies. If not, you might be better off getting a different streaming service or simply sticking with cable. The truth is that this streaming service isn't that cheap, and you could find another one more suited to your tastes for the same price… if not for an even lower price. If you're on the fence, or if you're unsure about whether these popular UK shows will tickle your fancy, try the seven-day trial and go from there!