Where to Watch the Wimbledon Championship

Summer is here and that means it’s time for the Wimbledon Championships. Wimbledon starts June 28th and concludes on July 11th. With almost two centuries of history, Wimbledon has become critical viewing for tennis fans. The 2021 Championships are bound to be an exciting watch, with an all-star lineup of players, you won’t want to miss a moment!

And you don’t have to miss anything, for information on Wimbledon and how to stream this year’s Championship, Optimum has you covered. Read on to learn more.

How to stream the Wimbledon Championship

Since 2018 the host broadcaster has been Wimbledon Broadcast Services, they will have multi-camera coverage of the event. During the first week of coverage, all 18 courts will have live streams, dropping to 11 in the second week. There will be approximately 35 broadcasters on-site at the Wimbledon Championship. Rightsholders will receive their feeds through IP infrastructure alongside global distribution to about 200 territories. If you are watching in the United States you can stream Wimbledon on ESPN and ESPN 2. ESPN 2 will broadcast starting the second week and onward, but the other channels will be televising the entirety of the Wimbledon Championship. You can also use the WatchESPN app to stream ESPN’s feed through your cable subscription. YouTube TV, DirecTV Now, and Hulu are just a few platforms where you can see ESPN's coverage as well. The Tennis Channel, FuboTV, and Sling TV are also streaming the Wimbledon matches, you’ll be able to test out each site with a free trial to make sure you’re getting what you want out of the streaming platform.

The provisional Wimbledon Championship schedule is dependent on weather and could be subject to change but the first and second week has been planned out for the men’s and women’s brackets.

Wimbledon started on July 9th, 1877. The inaugural championship took place at the All England Croquet and Lawn Tennis Club in Wimbledon. Twenty-two men entered the competition with 200 spectators watching as Spencer Gore took home the top prize. The first women’s championship took place in 1884. Thirteen women entered the competition, the final two players were the Watson sisters, Maud and Lillian. At 19 years old, Maud won in three sets and won the championship again in 1885. 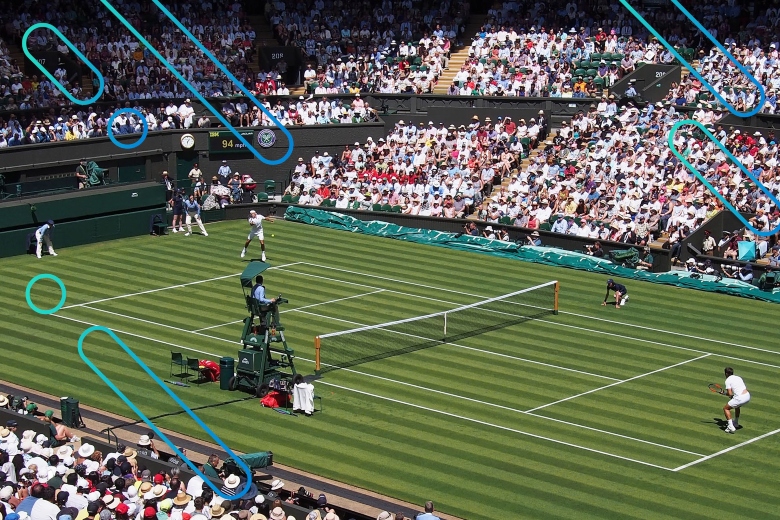 Wimbledon players to watch out for

There are plenty of household names competing in this year’s Wimbledon Championship, so you’ll have no shortage of players to root for. Tennis star Naomi Osaka however will not be competing at Wimbledon this year. She is taking a step back to spend time with family and friends but will be ready to dominate the 2021 Tokyo Olympics.

Spend the next week enjoying the Wimbledon Championships. Grab the popcorn and watch it all unfold! Happy watching!