Getting everything you need out of your Internet hookup? 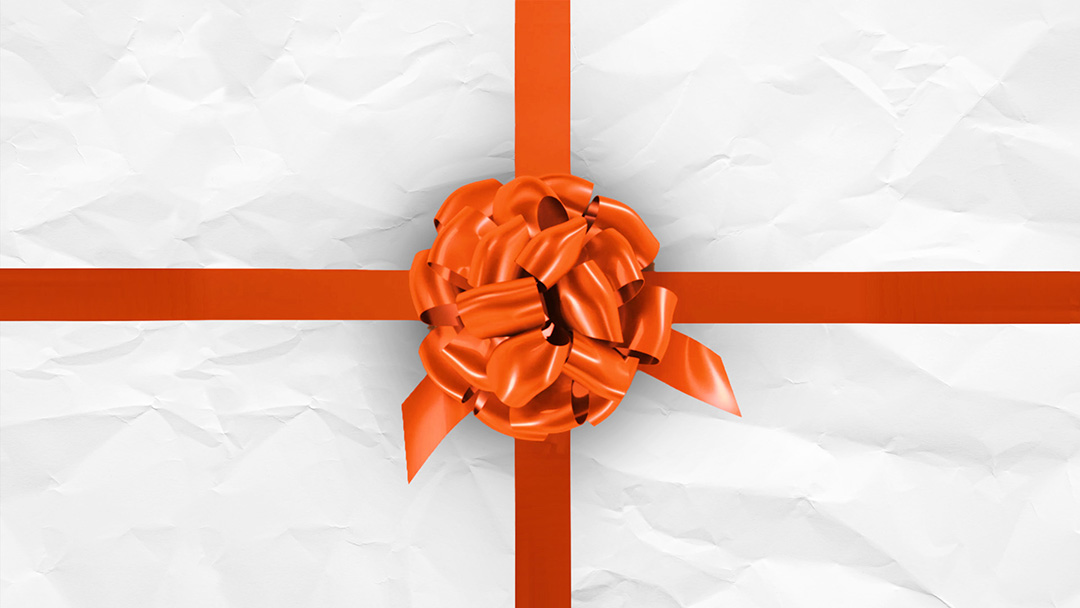 ‘Tis the season! It’s the most wonderful time of the year, and Optimum is gifting you with a list of some of the best holiday movies you can watch right now.

With Optimum providing you with this marathon of holiday classics and new stories never told before, we guarantee you’ll be feeling the joyful spirit of the holiday season.

From winter wonderland scenes to winter romance, these movie titles will satisfy December-obsessed movie goers everywhere. So, grab your coziest pair of pajamas and your favorite snacks, and get ready for the festivities.

Subscribers can watch or stream all movies now through Optimum TV or Optimum Internet. Learn more about premium channels here.

Joanna's plans for a quiet, cozy holiday season are shattered when her sisters call with the news that their dad has been dumped by his fiancée and has disappeared to a tiny Caribbean island.

Playing a heightened version of herself, Justina Valentine hosts an off the rails Christmas dinner that brings together her wild Italian American family (featuring Justina playing several of her own family members), her friends and her fish out of water boyfriend, all while a reality show camera crew captures the hilarious chaos. Justina is joined by VH1 and MTV favorites, including Nick Cannon, DC Young Fly, Teresa Giudice, Vinny, Perez Hilton and more.

Face is hosting their biggest party yet, and this one is a celebration of all their friends at Nick Jr.! Get ready to party with characters from lots of Nick Jr. hits while singing songs kids already know and love.

Caught in a blizzard on Christmas Eve, estranged mother and daughter Journee (Naturi Naughton) and Nia (Lorea Turner) are forced to take refuge inside a church where a handful of also-trapped parishioners are reeling from the cancellation of their annual holiday concert. The spirit of the season takes hold as Journee and Nia weather the wintry storm together with the other churchgoers, including handsome youth pastor Adam (Luke James) and a heavenly music teacher (Kirk Franklin), who motivate the mother and daughter to reconcile their differences through music, faith, and love. With the help from this unlikely yet spirited group of strangers, Journee and Nia band together to help the church salvage not only their holiday traditions, but also their show-stopping Christmas day performance, despite the raging storm outside.

A couple struggles to visit all four of their divorced parents on Christmas.

Grace Hill (Keshia Knight Pulliam) and Anthony Brown (Brad James) could not be more different. Despite having gone to college to study architecture together, their lives took them on completely separate paths. But when they're both hired to work together on the home of Loretta Brown (Patti LaBelle)-a New Orleans praline icon-the two find themselves stuck working together at Christmas...and butting heads over more than just architecture. When Anthony and his family discover that Grace will be celebrating Christmas alone, they invite her to take part in their traditions and their celebrations. Soon, fiercely independent Grace begins to learn the importance of family and community, while modern Anthony learns to embrace tradition and the magic of Christmas. And when Grace is offered a new job far away from New Orleans, she'll have to decide if she'll leave or follow her heart. Tim Reid stars as Marcel Lirette, a handsome, retired friend who moves back to town after years away and catches the eye of Lorretta.

On the outskirts of Whoville lives a green, revenge-seeking Grinch who plans to ruin Christmas for all of the citizens of the town.

Fred Claus, Santa's bitter older brother, is forced to move to the North Pole to help Santa and the elves prepare for Christmas in exchange for cash.

Theo, meet Blizzard, Santa's cheeriest (but, alas, tiniest) reindeer. Blizzard wants little more than to show the boss-man that when it comes to Christmas even the small guys can make a difference. Blizzard, meet Theo. He's the new kid in town who wants little more than a simple friend - which is way harder to find than he'd ever thought. America, meet Reindeer In Here, CBS's newest holiday favorite about two unlikely little heroes who team up in a big way to offer Santa what very well may be his only hope to pull off Christmas this year.

A couple meets on Christmas Eve and sparks fly - but she believes in destiny, and if this pair is meant to be together, fate will make it so. Ten years later, the girl decides to give destiny a hand.

Three brothers get the surprise of their lives when they are forced to work together and care for a baby over the holidays. Starring Paul Campbell, Tyler Hynes, Andrew Walker, and Margaret Colin.

That Girl Lay Lay throws the ultimate holiday party of the year when she accidentally zaps Santa Claus' sleigh out of the sky. Now Lay Lay must figure out a way to save Christmas for all.

Two neighbors have it out after one of them decorates his house for the holidays so brightly that it can be seen from space.

On Christmas Eve, a young boy embarks on a magical adventure to the North Pole on the Polar Express, while learning about friendship, bravery, and the spirit of Christmas.

When two grifters meet after crashing the same millionaire’s Christmas party, they agree to work together to achieve each other’s “mission,” not knowing that they would find something more than money or fame – true love.

Young reindeer Rudolph lives at the North Pole. His father is one of Santa's reindeer and it is expected that Rudolph will eventually be one too. However, he has a feature that is a setback and causes him to be ostracized: his red nose.

When event planner Emily Strauss (Emily Kinney, The Walking Dead) is hired by mall magnate Ed Mancini (Patrick Cassidy, Castle) to stage the ultimate Christmas Gala for his most important investors, Emily finds herself being sent to bootcamp - Santa Bootcamp - to find the perfect Santa and the inspiration she will need to make the evening a success. While there, Emily meets Belle (Rita Moreno), the bootcamp's drill sergeant with a heart of gold, who helps Emily rediscover the magic of Christmas and find romance along the way.

MacKenzie Graves (Sarah Drew, Grey's Anatomy, Amber Brown) is a brilliant, competitive, crossword-puzzle-loving biology teacher in Vermont who recently lost her father, beloved fire chief and the heart of the town's holiday fundraising tradition "The Reindeer Games." Every year since his death, she competes with her dad's former team, a group of colorful retired firefighters, to win the Games and keep his tradition alive. This holiday however, her world is rocked when fading Hollywood star, and Mac's high school crush, Chase Weston (Justin Bruening, Grey's Anatomy, Sweet Magnolias), comes home for Christmas to visit his pregnant sister and nephew and is begrudgingly roped into participating in the Games. When the opportunity to compete against her former megacrush arises, Mac is determined to show him up and win the Kris Kringle Cup at all costs. As the competition heats up, so does the spark between Mac and Chase, and Chase soon finds himself eager to not only win the games, but also to win her heart as well. Brian Sills also stars.

A sequel to the 1983 cult classic A Christmas Story, follows Ralphie, now an adult, who returns to the house on Cleveland street to give his kids a magical Christmas like the one he had as a child, reconnecting with childhood friends, and reconciling the passing of his Old Man.

#11 Time for Him to Come Home For Christmas (Hallmark Channel)

Four days before Christmas, Elizabeth receives a voicemail from a number she doesn't recognize. In the message, a man she doesn't know makes one final plea to the love of his life. Starring Holland Roden, Tyler Hynes, Tenille Townes. 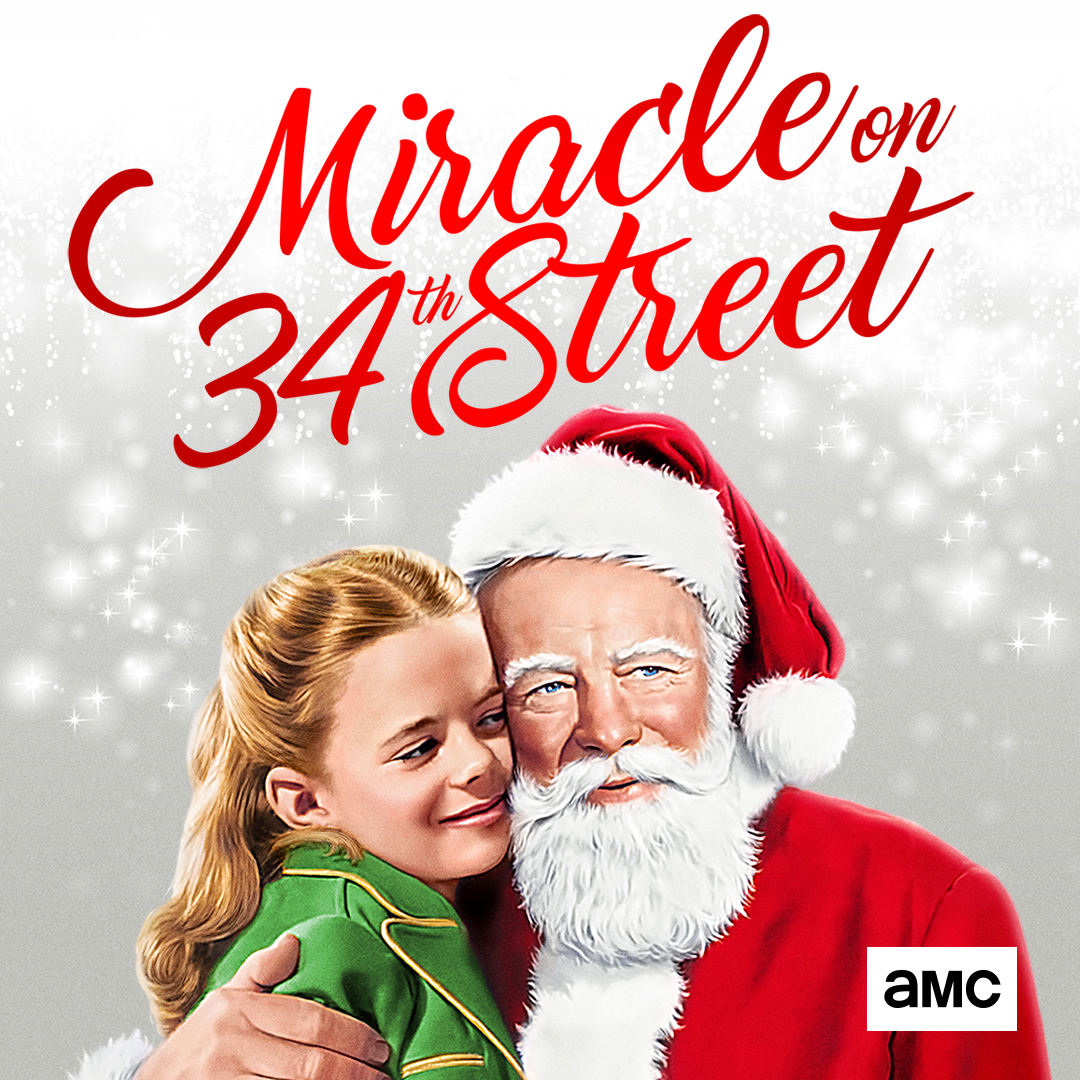 After a divorced New York mother hires a nice old man to play Santa Claus at Macy's, she is startled by his claim to be the genuine article. When his sanity is questioned, a lawyer defends him in court by arguing that he's not mistaken.

Raised as an oversized elf, Buddy travels from the North Pole to New York City to meet his biological father, Walter Hobbs, who doesn't know he exists and is in desperate need of some Christmas spirit.

When a man inadvertently makes Santa fall off his roof on Christmas Eve, he finds himself magically recruited to take his place.

With a little help from an angel, Mercedes Wright, a fast-talking popular relationship therapist with all the answers when it comes to fixing everyone else's marriage, must now use the magic of Christmas to find the secret to save her own.

The outgoing and eccentric Stone family unites in common cause when their favorite son brings home his uptight and reserved girlfriend to meet the family at Christmas.

#5 Steppin’ Into the Holiday (Lifetime) 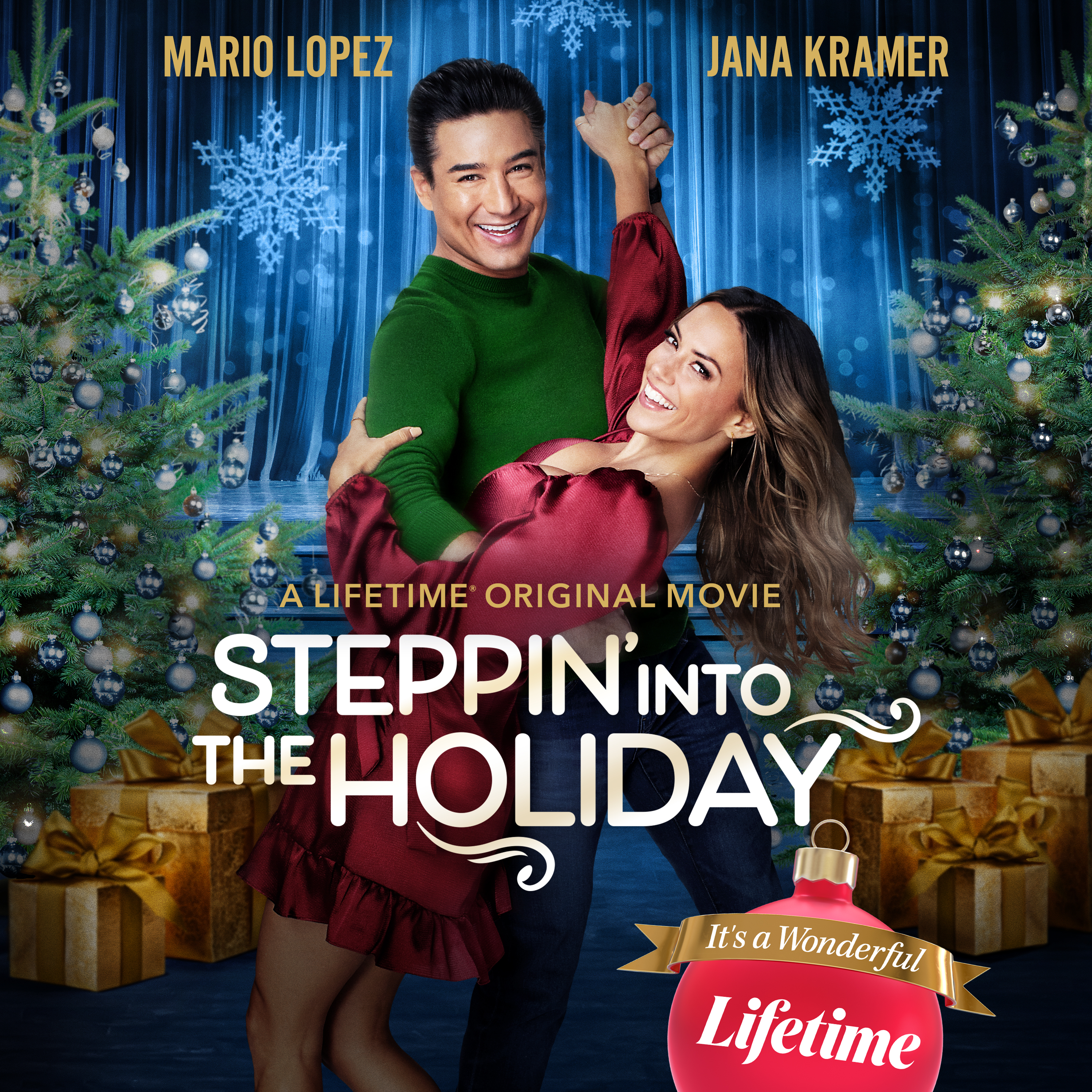 Former Broadway star Billy Holiday (Mario Lopez) returns to his hometown for Christmas after being abruptly fired as the host-producer-judge of the hit TV series "Celebrity Dance Off." While there, he encounters Rae (Jana Kramer), the charismatic owner of the local dance studio, where Billy's 12-year-old nephew is her standout student. This Christmas, Rae is planning a dance recital fundraiser with the goal of taking her students to see a Broadway show in New York City. Billy volunteers to help Rae with the recital by reviving the town's traditional Christmas Eve show, which was once a showcase for local talent. With Billy's knack for producing and Rae's knowledge of all things local, their collaboration clicks and romantic sparks start flying! Cheri Oteri stars as Dallas, Billy's high-powered, fast-talking Hollywood agent, and Mario's real-life wife, Courtney Lopez, stars as Joanna, the charismatic host of "Celebrity Dance Off," who has just replaced Billy as executive producer and head judge.

It's Christmas time and the Griswolds are preparing for a family seasonal celebration, but things never run smoothly for Clark, his wife Ellen and their two kids. Clark's continual bad luck is worsened by his obnoxious family guests, but he manages to keep going knowing that his Christmas bonus is due soon.

An eight-year-old troublemaker must protect his house from a pair of burglars when he is accidentally left home alone by his family during Christmas vacation. 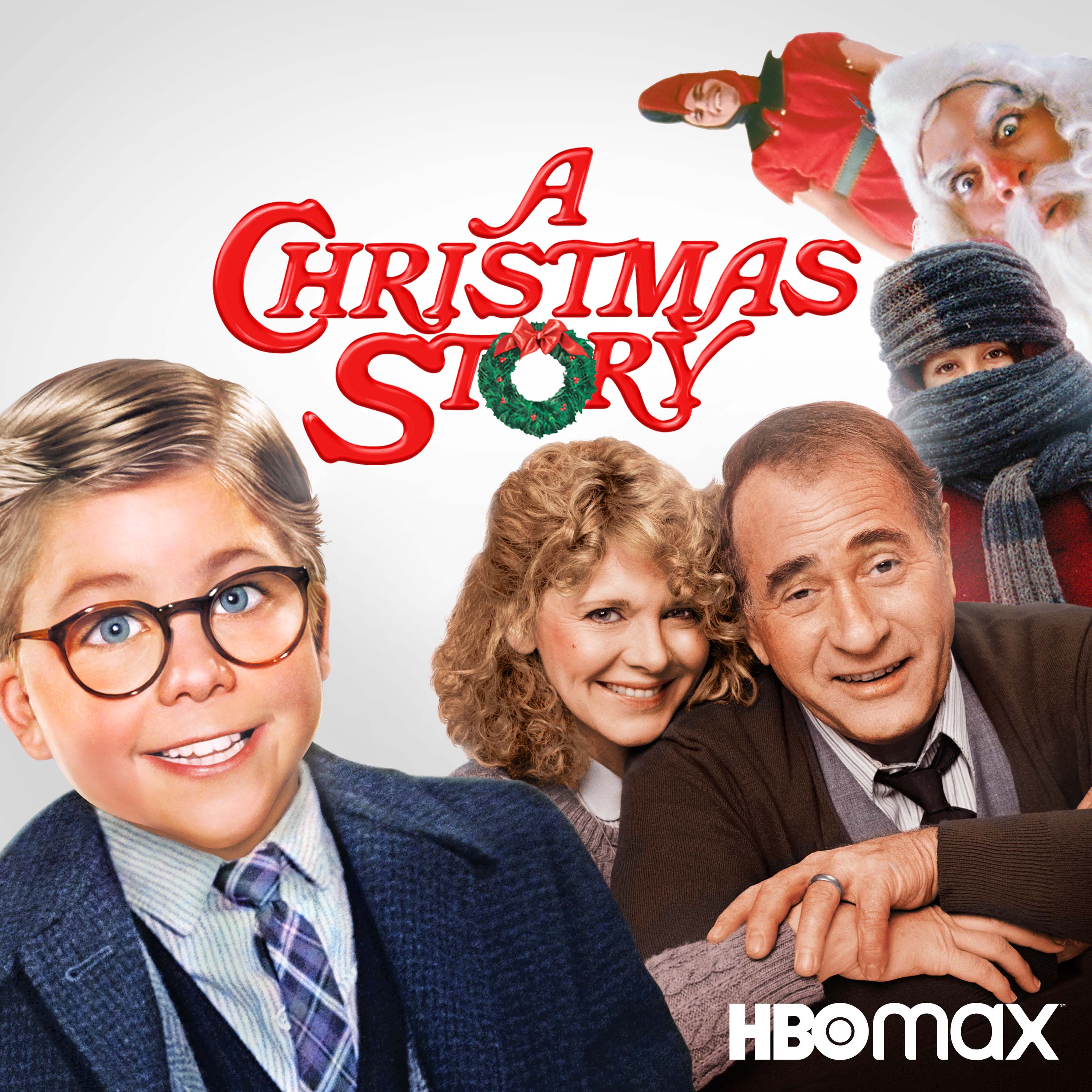 This beloved holiday movie follows the wintry exploits of youngster Ralphie Parker (Peter Billingsley), who spends most of his time dodging a bully (Zack Ward) and dreaming of his ideal Christmas gift, a "Red Ryder air rifle." Frequently at odds with his cranky dad (Darren McGavin) but comforted by his doting mother (Melinda Dillon), Ralphie struggles to make it to Christmas Day with his glasses and his hopes intact.

Are you getting everything you need from your home Internet?