Getting everything you need out of your home entertainment hookup?

Fall is here, which means it’s officially time to huddle up warm with a pumpkin-spiced drink of your choice and catch the latest shows and movies on streaming.

2020 has already been a fright, but Halloween season brings its own spooky selection of new TV releases. Among the scares, however, October also sees the welcome return of some of our TV favorites.

Optimum has the round-up of this month’s highlights. 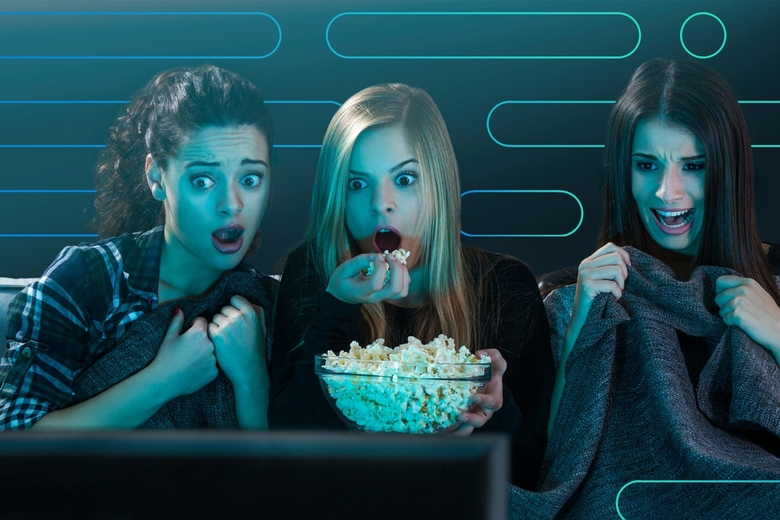 Spooky series and movies for streaming

It's 'Huluween' with an eight-episode anthology series based on a collection of stories from Nathan Ballingrud's "North American Lake Monsters." Hulu ominously states that viewers should be prepared for encounters with mermaids, fallen angels and other strange beasts that drive broken people to desperate acts. Treading blindly towards the terrors is a cast of familiar TV faces including Unbelievable's Kaitlyn Dever, Luke Cage's Mike Colter and TV horror queen herself, Sleepy Hollow alum, Nicole Beharie. You've been warned.

Ready to give you the chills and leave you screaming until Christmas, The Haunting of Bly Manor sneaks up on Netflix. The follow-up series to 2018's The Haunting of Hill House, this is a new sinister story of strange apparitions. A new addition to the cast includes Victoria Pedretti, last seen as Love Quinn in You - someone perhaps scarier than any 18th-century ghoul. While it's been confirmed that the hauntings of Hill House and Bly Manor are not connected, we'll hazard a guess that the tale of a man who hires a young governess to take care of his niece and nephew at the family country house might have a few scares in store.

Blumhouse collaborates with Amazon to bring a collection of eight horror films, four of which will be released this month. Arriving on October 6th, Black Box and The Lie. In Black Box, a man comes to regret an experimental treatment after losing his memory in a tragic car wreck. The Lie follows a teen who gets some sinister help from her parents. On October 13th, Evil Eye and Nocturne drop. A mother suspects her daughter's new boyfriend has a dark hidden past in Evil Eye, while Nocturne sees a music student's ill-fated discovery of a mystical notebook belonging to a deceased classmate.

Daimon and Ana Helstrom are the son and daughter of a mysterious and powerful serial killer, charged with hunting down and protecting humanity from the very worst creatures. These siblings come from a rich history, primarily the product of Marvel Comics debuting in 1973. Judging by the moody trailer, this ten-episode series looks to be dark, gritty and suitably grey in color palette.

If you're in the mood for something scary yet decidedly offbeat, then check out this Hulu original film by Justin Simien, of Dear White People fame. Set in 1989, an ambitious young woman gets a weave in order to succeed in the image-obsessed world of music television. However, her career, and scalp, are threatened, when she realizes her new do may have a mind of its own. We told you it was offbeat, but horror satire is very trendy right now.

Big Little Lies creator David E. Kelley reunites with Nicole Kidman for another novel-based miniseries in which rich people are complicit in murderous deeds. Joining Kidman as she desperately tries to put the pieces of a dreadful event together is Hugh Grant, Donald Sutherland and Édgar Ramírez in a suspenseful tale of reality shaken and secrets uncovered. This one is a little less Halloween slasher than psychological thriller, but expect a few jump scares to keep you on your toes. 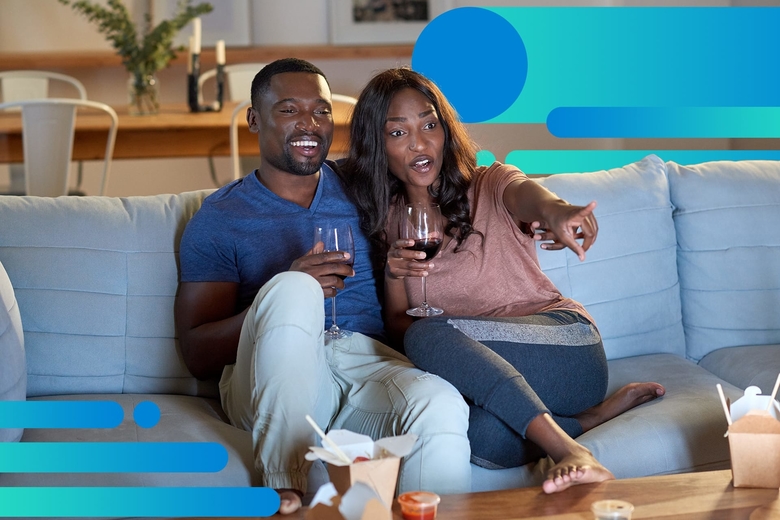 Returning series to catch up on

Get your tissues ready, as it's time to say goodbye to everyone's favorite Canadians in the sixth and final season of Schitt's Creek. Fresh from a stunning Emmys haul where they literally won everything, the Roses are back to bring the joy in their own wildly dysfunctional way. This critically acclaimed comedy started very much under the radar, but after the masses discovered it on Netflix, it's become a mainstay on just about every TV critic's "best-of" list. With a show this perfectly calibrated to make you laugh out loud while reaching for the tissue box, an emotional farewell is a safe bet.

Baby Yoda is back! We could end this section here, but we'll also mention that the titular Mandalorian is also returning to continue the journey. Fresh from winning seven Emmy awards, this successful Star Wars space detective spin-off is worth waiting till the end of the month for.

The Trial of the Chicago 7  (Rated R, Trailer, on Netflix October 16th)

This legal drama is based on the infamous 1969 trial of seven defendants charged with conspiracy by the federal government based on their involvement in countercultural protests at the 1968 Democratic National Convention in Chicago. Aaron Sorkin assembles an all-star cast for his second directorial outing, with familiar faces such as Joseph Gordon-Levitt, Eddie Redmayne, Sacha Baron Cohen, and Yahya Abdul-Mateen ll. Sorkin has long been known as one of the finest script writers in Hollywood, and has taken a large step upwards in both writing and helming this historical, yet timely, feature.

After premiering at the 2020 Sundance Film Festival to rave reviews, Garrett Bradley's intimate portrait of mass incarceration in America reaches Amazon Prime Video. Time tells the story of Fox Rich - an entrepreneur, abolitionist and mother of six - who has spent the last two decades fighting for the release of her husband Robert, serving a 60-year prison sentence. Behind bars for a robbery they both committed in the early '90s out of desperation, Robert is recorded by his wife, along with footage from her present life in this personal portrayal of America's criminal justice system.

Going outside might generally still be discouraged, but let the little ones remember what that was like with a behind the scenes peek at all the fun and games that go on at Disney's Animal Kingdom park. All the excitement of animals without telling someone off for feeding them. Plus it's narrated by Olaf!

There we have just a few streaming highlights. Snuggle under a blanket, get comfy, and be ready for all the Halloween streaming cued up this October. No tricks - just treats.