The Guide to Star Wars Streaming

Watching Star Wars used to be simple. There were six movies to watch: the original trilogy and the prequel trilogy. You could watch them in the order they were released or in chronological order. And that was it.

Everything changed in 2015 when Disney released The Force Awakens, the first film of a new sequel trilogy. Since then, the amount of Star Wars content has exploded. There are 11 films and more than 10 TV series. Watching Star Wars isn’t so simple anymore.

Where do you even begin? What’s the best place to stream Star Wars content? Is there a correct order for watching the films? Where do Rogue One and The Mandolorian fit in? Whether you’re new to Star Wars or a veteran of the galaxy far, far away, Optimum has you covered with our guide to Star Wars streaming. 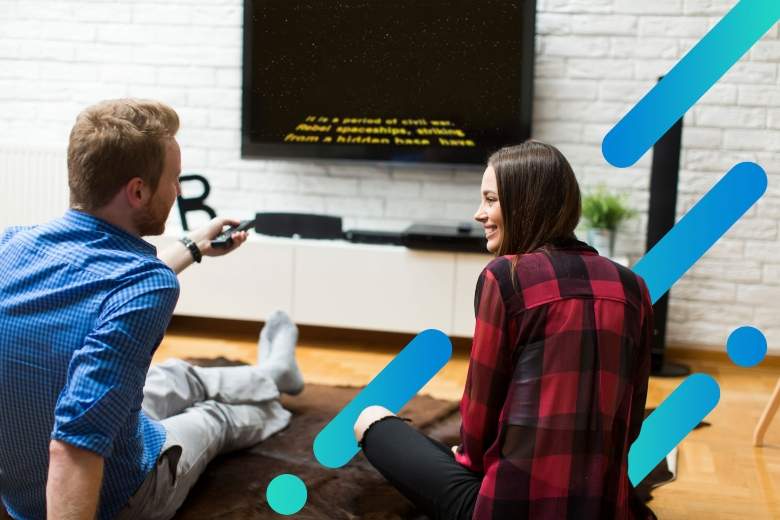 Actually watching Star Wars is probably the easiest part of the whole process. Disney owns the franchise and has made the Disney+ streaming platform the home of Star Wars content. Barring a few exceptions—the 1985 animated series Droids is set for release later in 2021, and you won’t find the live-action portions of 1978’s Star Wars Holiday Special—every Star Wars film, series, and short is available to stream on Disney+.

It’s possible to rent the films from various digital storefronts, but you’ll be missing out on a lot of good stuff. Disney+ is the only place to watch essential series like The Mandalorian and Rebels. If you’re looking to stream Star Wars, it’s essentially a must.

What are the essential Star Wars movies and shows?

If you're brand new to the franchise, or if you've only seen pieces of the most recent trilogy, these nine films are the place to start. You can watch them in a few different orders, but no matter how you watch them, these are the pillars of the franchise's canon.

There are two other Star Wars films: Rogue One and Solo. Rogue One in particular is one of the best films in the franchise. You should watch A New Hope to fully appreciate the film, but feel free to watch Rogue One early in your Star Wars journey. Solo is also a lot of fun and works pretty well as a self-contained adventure.

It’s a bit tougher to nail down the essential Star Wars shows. The Mandalorian probably tops the list. The Disney+ exclusive is the first live-action Star Wars show. It’s chock full of references for superfans, but just about anyone will appreciate the show’s incredible space-western-slash-samurai-film vibes.

There are multiple Mandalorian spin offs in production. The animated Book of Boba Fett is set to arrive in December. Two live action shows, Ashoka and Rangers of the New Republic, are also in development.

If you’re looking for Star Wars animation, start with Rebels. The first season is a little slow, but it’s short. From season two on, Rebels is up there with the best Star Wars fiction.

The 3D animated Clone Wars series is also excellent. It originally ran from 2009 to 2014, with a belated final season premiering in 2020. A spinoff series, The Bad Batch, premiered on May 4th, 2021. 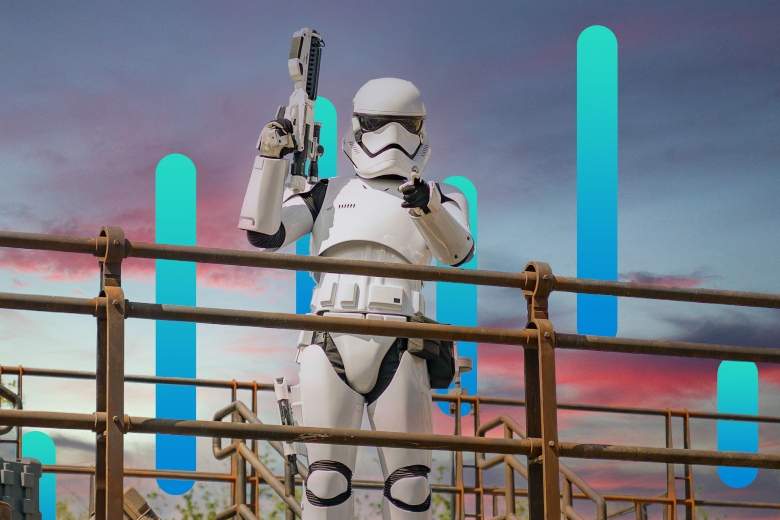 Now you know what you should watch. But the question remains: how should you watch the Star Wars films?

Surprisingly enough, this is actually a contentious question. There are quite a few different “watch orders” for the Star Wars films. Some focus on only the nine core films, while others include spinoffs and shows. While there’s no true “best” order, there are two that stand out.

The first is chronological order, sometimes called "episode order." It goes like this:

Chronological order is simple and tells a coherent, complete story. If you’ve never seen the films before, you may not understand a few references in the prequel trilogy, but it won’t be enough to ruin the movies. It’s probably the best way to watch Star Wars for the average person.

The only real problem with chronological order is that it spoils the identity of Luke Skywalker’s father. The reveal in The Empire Strikes Back is one of the most famous in movie history. If you or someone you know has never seen the films before, it’s best to keep it unspoiled. To accomplish this, we turn to the famous machete order.

Machete order is meant to focus entirely on Luke’s story. To that end, it moves a few films around and removes The Phantom Menace completely. The original machete order looks like this:

Machete order was created by writer Rod Hilton in 2011. This was before the release of any of the Disney-era Star Wars films. In a 2015 update, Hilton advocated watching Episodes VII, VII, and IX after Return of the Jedi. You can then watch Episode I, Solo, or any other spin-offs you’re interested in.

While it’s not chronological, this order is very sharp from a story perspective. You’ll be free to focus on Luke’s story, and have more context when you see the sequel films or the spinoffs. You can also add in Episode I right after Episode V: it’s not true machete order, but it’s not going to ruin your experience either.

Whichever way you choose to watch them, you’re in for a ride with Star Wars. So log into Disney+, ignite your lightsaber, and get streaming.