Dora the Explorer and Diego Come to the Bronx! 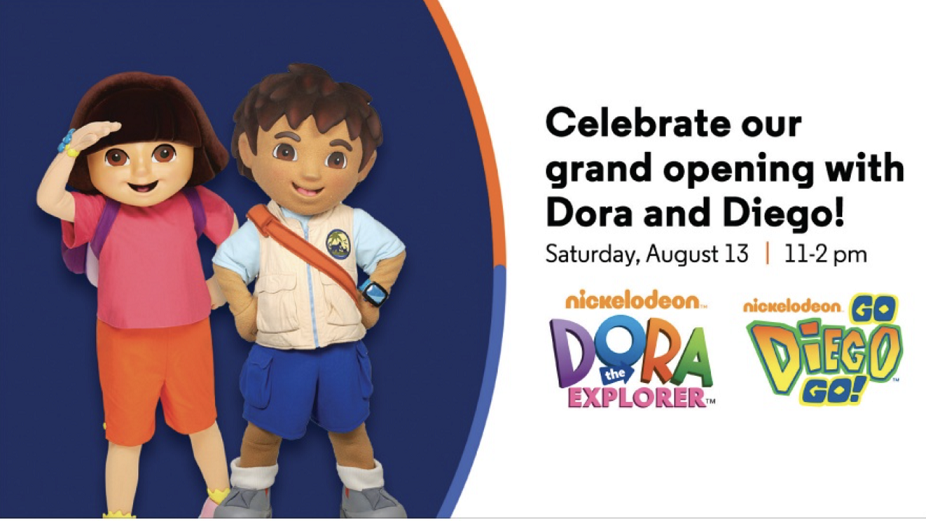 Adventure awaits with Nickelodeon’s Dora the Explorer and Diego in the Bronx.

You’re invited to celebrate the opening of the new Optimum store in your area located at 193 W. 237th Street. Join Dora and Diego on Saturday, August 13 from 11-2 p.m. to pose for pictures and giveaway items for the kids. We’ll see you there!

Who is Dora the Explorer?

Dora the Explorer is a 7-year-old, Latino girl.  Dora uses her knowledge of the Spanish language to communicate with her friends, overcome obstacles and reach her goals. In each episode, Dora teaches the viewers a Spanish word or phrase and then asks them to use it to help solve a problem. The show is often accompanied by a variety of Dora's friends -- Isa the Iguana, Boots the monkey, Benny the Bull, the Fiesta Trio (a bug band), Señor Tucan, Tico, Swiper the Fox and Dora's Map and Backpack (which have have faces and personalities).

Go, Diego, Go! is a children's television series created by Chris Gifford and Valerie Walsh Valdes, as well as a spin-off of Dora the Explorer. The show premiered on September 6, 2005 during primetime on Nickelodeon. It also aired as part of the Nick Jr. on CBS block from September 17, 2005 to September 9, 2006.